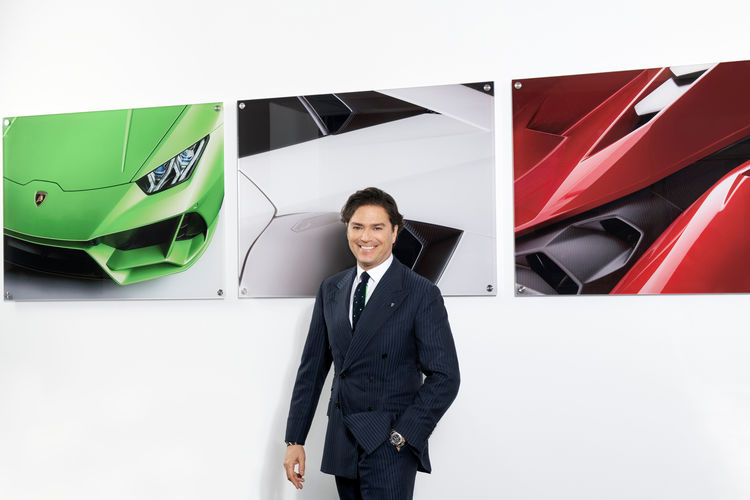 Starting from 1 January 2020, Mr. Perosino is responsible for the Global Sales Department, with the goal of consolidating the company’s extraordinary growth and its latest sales record, which was achieved partly thanks to the launch of the new Super SUV Urus.

Giovanni Perosino takes over from Federico Foschini, who in turn is confirmed as a board member in the senior position of Chief Procurement Officer. Having graduated in Engineering Management, Mr. Foschini has been part of the Lamborghini team for 20 years. During this time, he has held various roles with increasing responsibility, firstly in purchasing and then as Project Management Officer, up until his appointment as Sales Director in 2015.

Giovanni Perosino, born in Turin, has a degree in Business and Economics from the city’s university. His first professional role in 1991 was at DMB&B, an advertising agency in Milan, from where he joined the Bacardi-Martini group, leading many successful projects in International Marketing for Europe from the HQ in Amsterdam. From 2001, he worked as Marketing and Communication Director at the Fiat Group, firstly for Lancia and then for the FIAT brand, until he took over as Vice President of Marketing Communication for Fiat Group Automobiles.

In September 2010, Giovanni Perosino joined the Volkswagen Group as Vice President of Marketing Communication for the Volkswagen brand at their headquarters in Wolfsburg.

In 2014, he took on the same role within Audi at the premium German brand’s global headquarters in Ingolstadt, from where he joined Automobili Lamborghini.