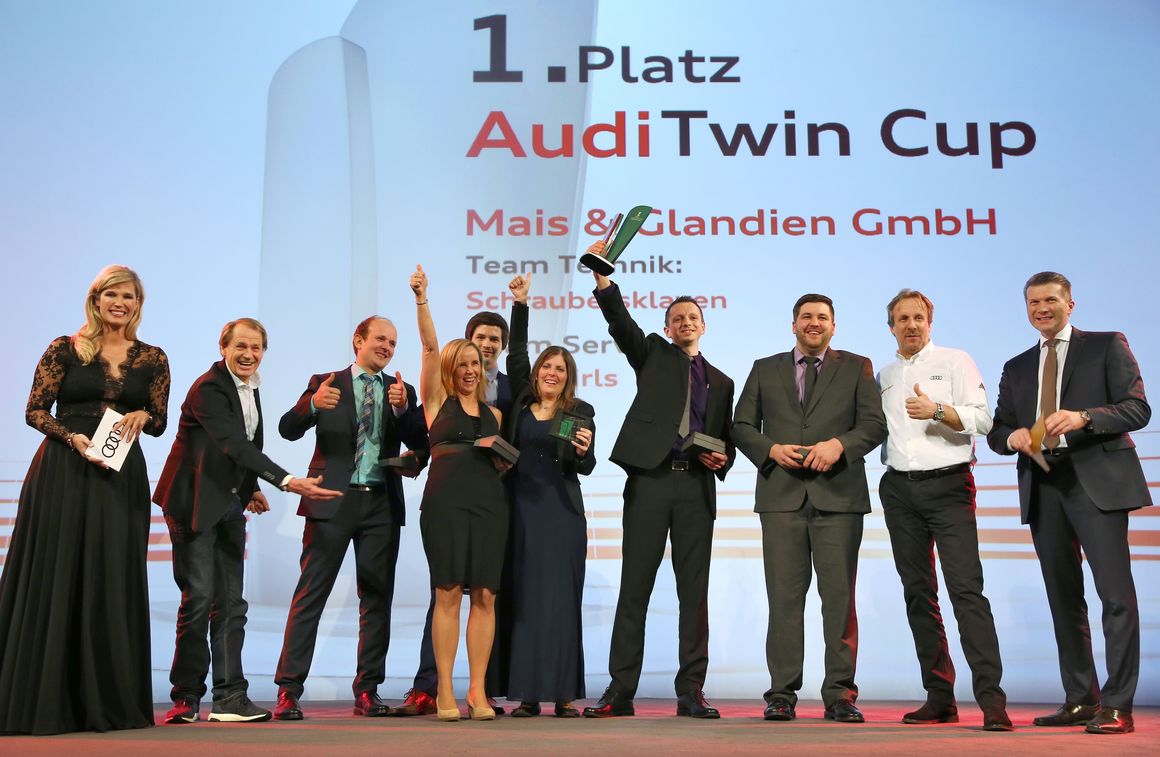 Victory thanks to premium service: the top 20 technical and service teams from ten Audi partner companies demonstrated their consulting skills and technical knowledge at the national final of the Audi Twin Cup. Last weekend in Neckarsulm, a wide range of specialized exams tested participants’ comprehensive knowledge about the new Audi A8 as well as about digitalization and connection in the car and in service operations. The team from Autohaus Mais & Glandien GmbH took home the victory. The winners will compete in late July against competitors from about 35 countries in the international final of the Audi Twin Cup.

From the new operating concept to working with the latest service systems in the dealership and with customers – in the theoretical and practical tasks of this year’s national Audi Twin Cup competition, the focus was entirely on the new Audi A8 luxury class flagship (consumption data: combined fuel consumption in l/100 km: 8.0 – 5.6; combined CO2 emissions in g/km: 182 – 145[1]). In addition to practical tests such as diagnosis and repair according to manufacturer specifications, the teams also had to carry out a vehicle acceptance test based on the Audi Q7 with a Q-check. Part of the task was also to offer the customer a special service experience.

As early as 2017, the 20 participating teams qualified in the German preliminary round from a total of 566 teams from 300 Audi partner companies. The German final of the Audi Twin Cup service championship was held for the 18th time.