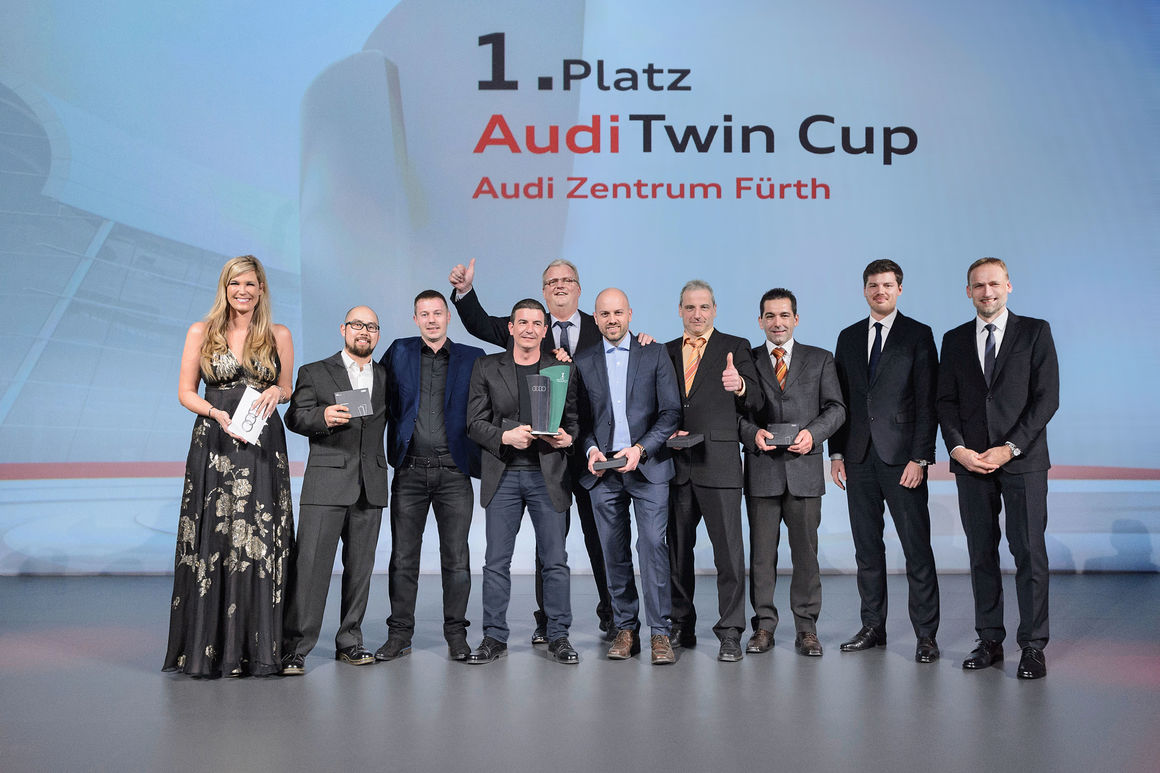 Putting premium service to the test: The best teams of technicians and service advisors from ten German partner companies applied their skills and expertise to a range of tests in the competition for Audi’s 2017 German after sales championship. The professionals at the event last weekend in Neckarsulm were called on to demonstrate their teamwork and particularly their comprehensive know-how in the areas of digitalization and electrification. The team from the Audi Zentrum Fürth emerged as the winner in the final round. It will represent Germany at the international final for the Audi Twin Cup in September, when it will compete against the best teams from about 40 other countries.

“The Audi Twin Cup proves time and again that teamwork, outstanding performance and excellent customer treatment are decisive factors for success,” said Christian Bauer, Head of Service Germany at AUDI AG. “Conditions overall are becoming increasingly complex. Given today’s electrification and digitalization, for example, the service professionals must have additional technical skills and be continually taking part in training to keep pace with high-voltage technologies, driver assistance systems and connectivity.”

At the national final for this year’s Audi Twin Cup, the ten service teams faced several practical tests, including a vehicle handover of an Audi Q7 e-tron*. The ten technical teams had to demonstrate their ability to perform diagnostic and repair procedures on a new Audi Q5 in accordance with manufacturer specifications, among other challenges.

The 20 participating teams qualified in the German preliminary round in 2016, when they competed in a field that included 678 teams and 342 Audi partner companies. This year marks the 17th time the German final of the Audi Twin Cup has been held.