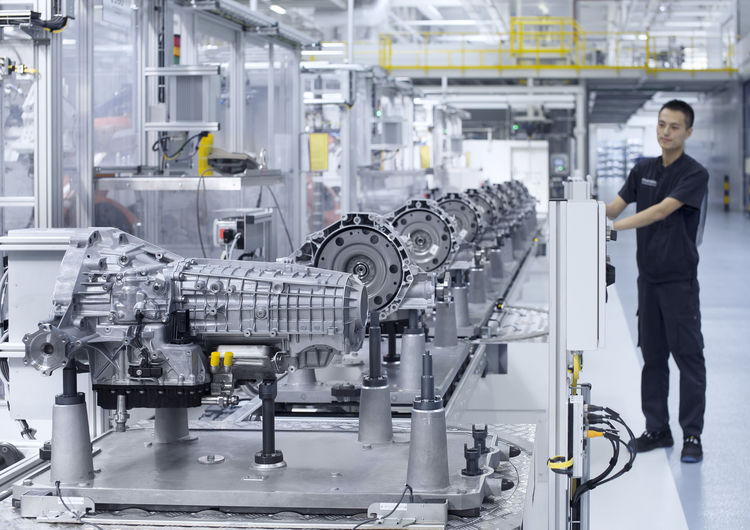 Audi is expanding its activities in China. Together with Volkswagen Automatic Transmission Tianjin (VWATJ), the premium brand is inaugurating a new transmission plant this Monday. The plant, in the northern China harbor city of Tianjin, will supply highly efficient 7-speed S tronic transmissions for the new Audi A4 L and other locally produced models.

Audi will produce 240,000 transmissions annually at the new facility and will have a work force of over 1,000 at full capacity. And thanks to the modular production set-up, the company can double the plant’s capacity in a later phase. “With our first local transmission plant, we have brought another key Audi competence to China,” says Joachim Wedler, President of Audi China. “The transmission production in Tianjin marks a milestone in our localization strategy.”

The factory is also particularly sustainable: It has, among other things, a heat recovery system and a roof that is designed to save power through the intelligent use of daylight.

The new 7-speed S tronic transmission from Tianjin will be used in models of the second-generation modular longitudinal platform (MLB). It combines sporty and comfortable driving with low fuel consumption. In combination with the 2.0 TFSI engine, the gearbox contributes to the class-leading efficiency and performance of the powertrain of the new Audi A4 L. The new generation of the premium mid-size sedan will be launched in China in September and features the lowest CO2 emissions in its segment.

Audi has been active in China since 1988 and has since led the country’s premium segment. The Audi joint venture FAW‑Volkswagen produces the models Audi A6 L, Audi A4 L, Audi Q5* and Audi Q3* in Changchun in northern China. The joint venture plant in Foshan in the south of China produces the Audi A3 Sportback* and the Audi A3 Sedan*.

**Fuel consumption and CO2 emission figures given in ranges depend on the tires/wheels used as well as the engine/transmission version.