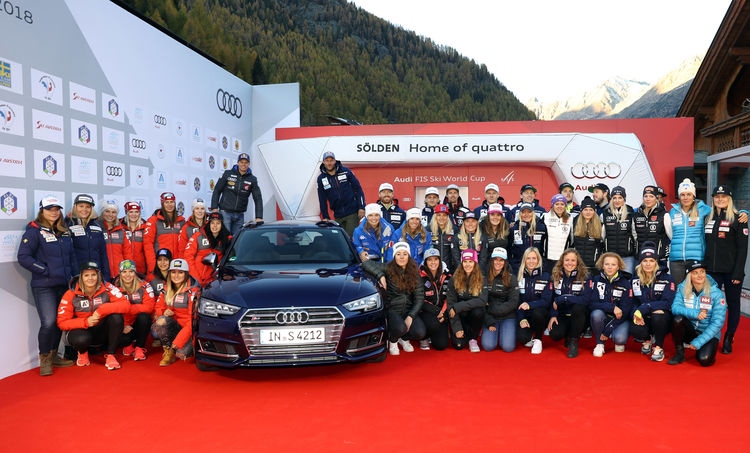 Together into the next decade: Audi has extended the agreement as name-giver to the Audi FIS Ski World Cup up to and including 2022. The brand thus emphasizes its position as an important partner of international winter sports. The 16th joint season will open in Sölden (Austria) on October 28/29.

With an international Media Talk attended by athletes and coaches from 15 partner nations Audi gave the unofficial starting signal to the new World Cup season the day before the first race in Sölden. Key topic was the brand’s accord with the FIS (Fédération Internationale de Ski) to extend the agreement as name-giver to the Audi FIS Ski World Cup up to and including the 2021/2022 season.

“We are delighted to announce the extension of a long and successful partnership on the occasion of the opening event of this Olympic season,” says Thomas Glas, Head of Sports Marketing of AUDI AG. “As a result, Audi remains and will continue to remain one of the key partners of international winter sports in the coming years. Our role as name-giver to the World Cup is no doubt one of the highlights of our comprehensive commitment.”

In the first giant slalom in Sölden, the athletes will begin the new season, the highlight of which will be the Olympic Games in South Korea in February. The starting point of the races on the Rettenbach Glacier will be the Audi start house – a distinctive symbol of the successful partnership that commenced 15 years ago in the 2002/2003 season.