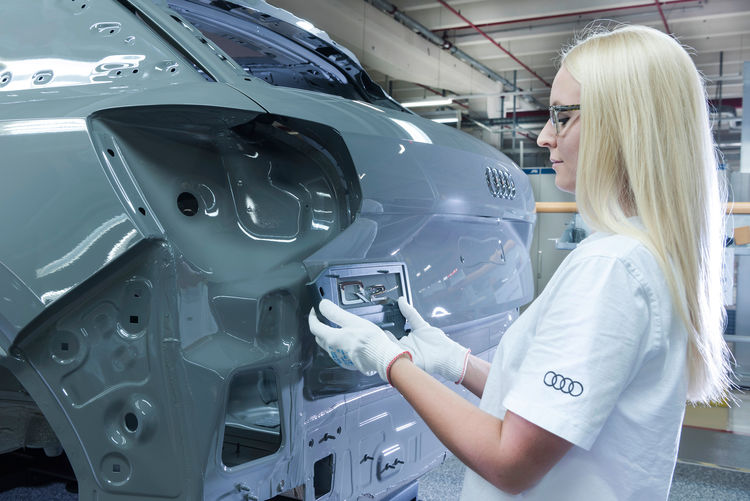 Audi is ensuring that its employees participate in the company’s success: A skilled worker at AUDI AG will receive a profit-sharing bonus of €4,770 for the 2017 financial year. The amount for this group of employees last year was €3,150. The company will pay out the bonuses to the eligible employees in Germany paid according to wage-bargaining agreements with the wages for May.

Audi’s General Works Council Chairman Peter Mosch: “The increase in Audi’s profit-sharing bonus is the deserved reward for a year of hard work, in which our workforce kept Audi on its successful path. These outstanding efforts must additionally pay off for the Audi employees. The Works Council was committed to this increase.”

“Our employees give their all every day for our company,” stated Wendelin Göbel, Member of the Board of Management of AUDI AG for Human Resources. “They deliver an outstanding performance also in challenging times and actively shape the transformation of our brand. With this profit-sharing bonus, we want to thank them for their commitment, their loyalty and their courage to rethink things. Those who make a decisive contribution to Audi's success should also have a share in it.”

Audi’s profit-sharing bonus for a skilled worker at a plant in Germany amounts to €4,770 (2016: €3,150). All eligible employees paid according to wage-bargaining agreements will receive the appropriate amount with their wages for May. In addition, the company is once again contributing towards a pension fund that the employees can use to secure their future.

Audi’s profit-sharing bonus has existed in its current form since 2011. Its calculation is regulated by a works agreement with Audi’s General Works Council, which is based on a collective agreement with the IG Metall trade union. At the end of December, AUDI AG had approximately 60,000 employees at its two German sites in Ingolstadt and Neckarsulm.