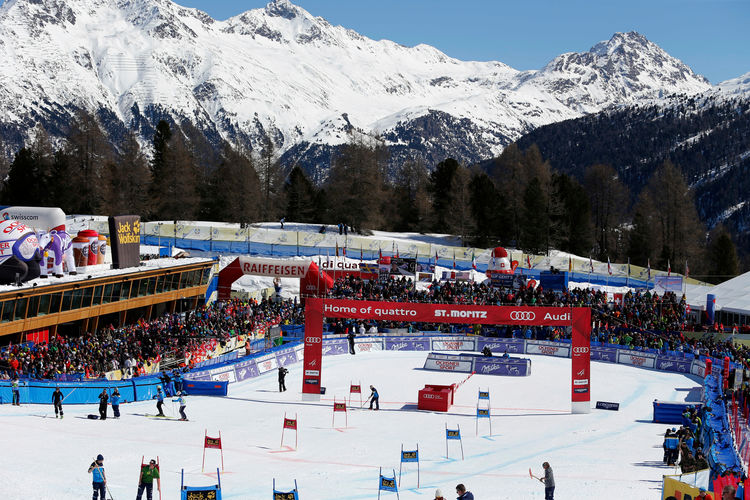 In a week from today the FIS Alpine World Ski Championships will begin in St. Moritz (Switzerland). Audi accompanies the competitions as presenting sponsor for the seventh time. In doing so, the brand continues its tradition in international winter sports. Highlights away from the slopes this year include the medal reception in the Audi Lounge as well as an appearance by Audi DTM star and Rallycross world champion Mattias Ekström. He will be challenging the Ski athletes off the piste in an unusual duel on snow and ice.

Audi will come full circle this year: in 2003, the premium brand accompanied the Alpine World Ski Championships in St. Moritz for the first time as presenting sponsor. Since then, international winter sport has developed into a fixed component of Audi’s sporting commitments. The brand is a partner of 16 national associations and is the title sponsor of the FIS Alpine Ski World Cup. In addition, Audi supports cross-country skiing, Nordic disciplines and the Four Hills Tournament.

In St. Moritz, Audi presents itself as a partner of the athletes and as a host for fans and visitors from around the world: The four rings shape the image of the Swiss holiday resort for two weeks with the start house, barriers, finish arch, awards ceremony backdrop, number vests, shuttle cars and exhibition vehicles. Every evening in the Audi Lounge, ex-skier Marco Büchel receives the winners of the day as well as guests and media representatives for interviews. Those who wish to discover the dynamism of the Audi models during the World Championships will have the chance to do so with the Audi driving experience.

The Audi #SuperQ will also take place in St. Moritz – a race that premiered last year at the World Cup in Kitzbühel. Organized by Audi DTM star and Rallycross world champion Mattias Ekström, athletes from different nations compete against each other on snow and ice. Available to use are four Audi TT RS* cars as well as two 560 hp Audi S1 EKS RX quattro cars. The first edition was won by Henrik Kristoffersen against renowned sporting athletes like Felix Neureuther and Marcel Hirscher.

The Alpine World Ski Championship will be held in St. Moritz for the fifth time – more than any other place. More than 140,000 fans are expected to be there to watch the eleven different events. Next to the Salastrains finish area at the foot of the Corviglia Mountain, the village center of St. Moritz and Kulm Park make up the center of the World Championships. They will start on Monday, February 6, with the official opening ceremony.

Notice for media representatives:
Current photos, texts and videos/footage of the World Championships can be found in our Audi MediaCenter (www.audi-mediacenter.com), which is constantly updated during the competitions. We also report on Twitter (@Audi_Sportnews) from St. Moritz and link from there to all news stories. The Audi Lounge (directly at the Kulm Park) is open for all accredited journalists from February 7 to 18 from 5.30 pm to 10 pm, with the exception of training and rest days as well as the last day of the competition.

**Figures depend on the tire/wheel sets used