Links
{{ activeItem() }}
Twitter
07/13/20
#WhatIsIt: What did our camera capture here? Can you tell which part of which #Audi model the picture detail shows?… https://t.co/GBFonr1ulr
07/12/20
#Audi history at a glance. What is your favorite color for an #oldtimer? https://t.co/obKharTYZN
07/12/20
Capture the golden hour with the #Audi #Q5. https://t.co/OU9MXEUYsh
07/11/20
Summer #weekendvibes – have you ever visited a drive-in #cinema? The perfect way to spend time in your #Audi and en… https://t.co/rwLZjtDKKu
Audi on Twitter 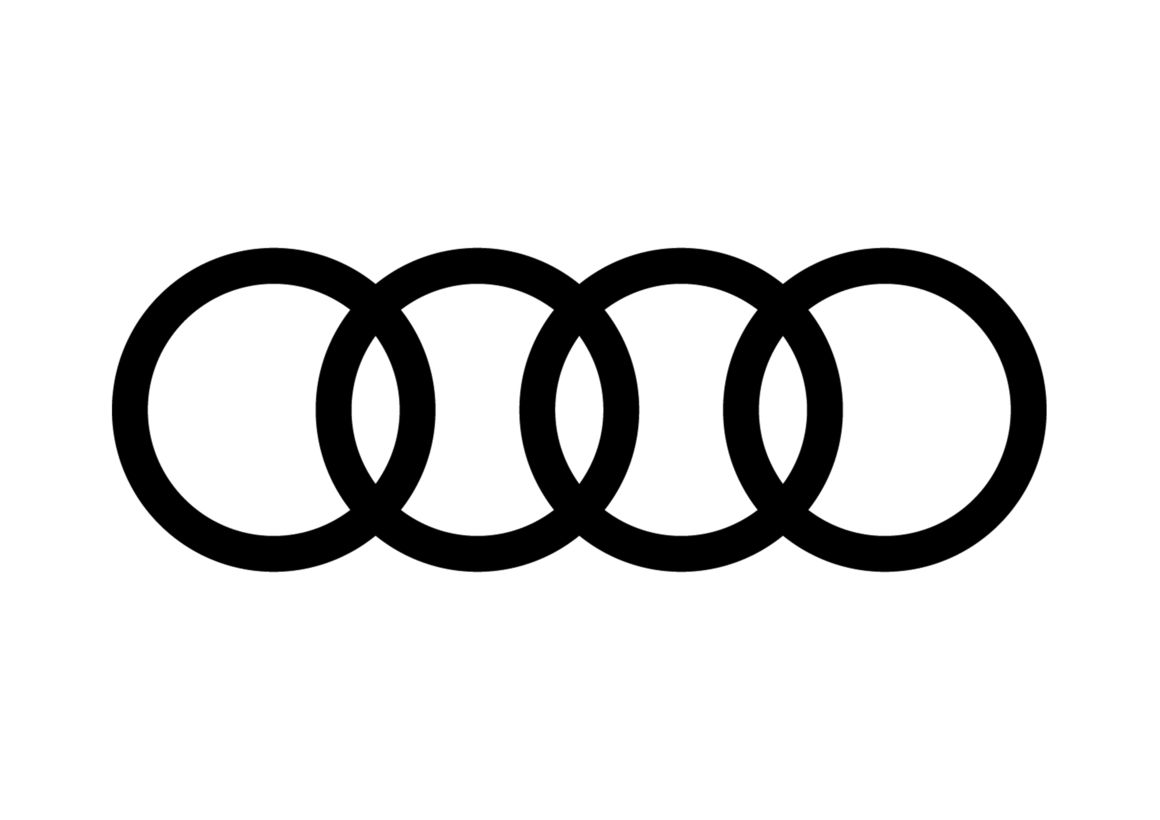 From football to the alpine and nordic winter sports world and the young and innovative field of eSports to the world’s most popular tournament series for amateur golfers: Audi has been a close partner and supporter of regional, national and international sport.

“Vorsprung durch Technik” accompanies players, coaches and managers of European top-flight football clubs each and every day. For instance in Germany: Audi and German record champion FC Bayern München have been partners on the pitch since 2002. At the beginning of 2020, the two premium brands extended their collaboration until 2029 even before the term of the previous agreement had ended. The next decade is planned to be focused on strategic cooperation in the fields of innovative marketing and electrification.

The vehicle partnership, under which all the stars and officials of FC Bayern drive Audi models, is turning into one of strategic cooperation to jointly advance the areas of electrification and the use of innovative marketing activities and dialog platforms. At the Allianz Arena, Audi’s visibility and the Audi experience will be enhanced for visitors, while at FC Bayern’s new flagship store in the heart of Munich, a diverse Audi offering will be available. Other projects of the future collaboration include charging columns, plus test drives around the Allianz Arena, at the FC Bayern campus and at the training facilities at Säbener Strasse.

The circle of national Audi partners also includes the professional clubs in Ingolstadt, Mönchengladbach, Hamburg, Nuremberg, Hoffenheim and Augsburg. Internationally, Audi has commitments with top-flight teams: Since 2003, the brand has been the vehicle partner of record Champions League winner Real Madrid. In return, the Ingolstadt-based brand is featured at the legendary Estadio Santiago Bernabéu and advertises with the 33-time Spanish champion. In 2018, the English top-flight club Tottenham Hotspur from London joined the portfolio of top teams. In addition, Audi supports Red Bull Salzburg in Austria and RSC Anderlecht in Belgium via its importers.

The Audi Cup, held for the sixth time at the Allianz Arena in 2019, ranks among the high-caliber European preparation tournaments. In addition to host FC Bayern, Real Madrid, Tottenham Hotspur FC and Fenerbahçe Istanbul played in the tournament. Another highlight in the football commitment of the four rings was the Audi Summer Tour that took Audi and FC Bayern München to friendlies in the United States in summer of 2019.

Audi in winter sports: e-tron in the spotlight of the commitment

Its commitment in winter sports provides Audi with an ideal stage to present the brand’s sportiness and dynamism to an international audience. The current skiing season puts the spotlight on the Audi e-tron: Audi is featured on flags and perimeter advertising boards and on the start house, the exit gate, the leaderboard and the wall behind the winners’ rostrum sporting its current e-tron branding. In addition, the 2019 FIS Alpine World Ski Championships in Åre premiered a shuttle service with e-tron models, plus the Audi e-tron was introduced to visitors and athletes during an Audi driving experience in Kitzbühel and Åre.

For more than 30 years, AUDI AG has been the principal sponsor of the German Ski Association (DSV) including all national teams – not only as a financial supporter but also in conjunction with many joint events. In addition, Audi is a sponsor and vehicle partner of the national teams from Austria, Canada, China, Finland, France, Italy, Liechtenstein, the Netherlands, Norway, Spain, Sweden and Switzerland. Some of these teams benefit from Audi’s technical know-how: the athletes regularly train at the Audi wind tunnel center in Ingolstadt.

The 2019/2020 season marks the 18th year of the four rings’ title sponsorship of the Audi FIS Ski World Cup and since 2011 the brand has also been giving its name to the Audi FIS Ski Cross World Cup. Audi will be the principal sponsor of the 2021 FIS Alpine World Ski Championships in Cortina d’Ampezzo (Italy).

Since November 2013, Audi has been the principal sponsor of the Nordic Combined World Cup and since the beginning of the 2014/2015 season, partner of the FIS Cross Country and Ski Jumping World Cup. Via the partnership with the Freeride World Tour, Audi addresses a young target group.

Since 2018, Audi has been gathering experience in the innovative and increasingly popular discipline of eSports.

Internationally, eSports opportunities are increasingly being used as well. Together with its Danish importer, Audi supports two teams of the Astralis Group, among others: Origen, the outfit that competes for the title in the League of Legends European Championship (LEC), and the newly formed FIFA team Future FC, which includes a female player, Brazilian Stephanie Luana.

Audi has been successfully involved in golf for more than two decades. Technology, design and sportiness are values that characterize every Audi and also describe the special fascination exuded by golf. The commitment is centered on the Audi quattro Cup as the most popular tournament series for amateur golfers: At the invitation of regional Audi partners, qualification tournaments are held during the course of a year. The winners qualify for the respective country finale, followed by the best country teams meeting with their international competitors. In 2019, nearly 80,000 participants from 38 nations in 645 qualification tournaments played to enter the world finale held at the Golfclub Kitzbühel-Schwarzsee-Reith. In total, more than 1.5 million amateur golfers have participated in the series since its launch in 1991.

With the Audi Nines presented by Falken, Audi partners with a very innovative and creative event series held both in winter and summer. The premiere of these skiing and snowboarding freestyle events took place in 2018 among the world’s best ski and snowboard crossers and slopestylers on a specifically developed SlopeX course in Sölden. In keeping with the motto of the Audi Nines “From the Rider for the Rider,” the athletes developed the novel course on the Tiefenbach Glacier themselves. The content sessions are focused on speed and style as well as on experimenting with jumping and trick elements.

In 2018, the Audi Nines MTB were billed as “Send it to the Moon.” The mountain biking counterpart of the Audi Nines skiing and snowboarding events was held in a quarry in collaboration with the Bikepark Idarkopf. Like at its corresponding event on snow, the world’s best athletes for the first time met there with their competitors on a course they had created themselves and made for some spectacular pictures.

Audi also supports sports on a regional level – with a passion and in assuming responsibility for the region. Audi has enjoyed long-standing partnerships with ERC Ingolstadt, the 2014 German ice hockey champion, and the professional footballers of FC Ingolstadt 04, who are currently playing in the third division.

Audi has extended the partnership with the basketball team of FC Bayern, which has existed since 2011, until 2023. The home matches at the Audi Dome and other joint events offer outstanding opportunities for Audi to enspire the enthusiasm of fans, existing and prospective customers – especially from a young and digitally savvy target group – for the brand and its products. The partnership emphasizes activities centered on electrification, digitalization and mobility services. Players and officials continue to drive Audi cars.

With the Ingolstadt Half-Marathon, Audi promotes one of the major sporting events in the region that will be held in 2020 for the 20th time. In addition, the Ingolstadt Triathlon celebrated its tenth anniversary in 2019. Audi has been supporting both events as the principal sponsor right from the beginning.

Since 2012, Audi has been involved in the SATURN Ice Gala that in 2019 was organized in Ingolstadt for the 30th time. Well-known names from the figure skating scene can be seen on the rink of the Saturn Arena, accompanied by high-caliber bands.

Every year in July, the equestrian elite meets at the Hagau Equestrian Days in Ingolstadt. Audi has been the principal sponsor of this tournament with international participation since 1993 and donates the Showjumping Grand Prix of AUDI AG.