Audi increases deliveries in October by 26.8 percent to around 149,150 cars 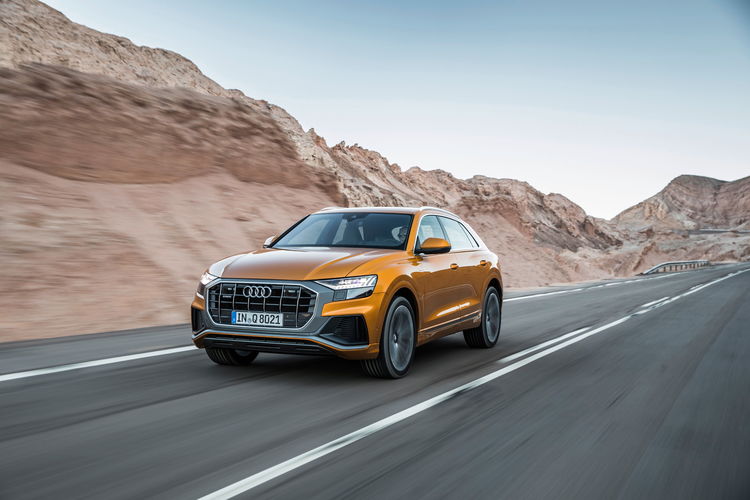 AUDI AG delivered around 149,150 cars to customers worldwide in October. This represents a 26.8 percent increase on the prior-year period. All three core regions performed positively: In China, an increase of 6.0 percent represents a new record figure for deliveries. In North America, the Four Rings increased deliveries by 15.6 percent. In Europe, deliveries were up a formidable 68.6 percent, with extraordinary effects from 2018 contributing to the strong growth. Since the start of the year Audi has delivered around 1,506,250 cars worldwide, down just 1.2 percent year-on-year.

“In an increasingly challenging market environment we have further stabilized our deliveries,” says Hildegard Wortmann, Member of the Board of Management for Sales and Marketing at AUDI AG. “With our broad product portfolio, the youngest among the premium competitors, we managed to increase deliveries in all major regions around the world in October. We are also well positioned for the year-end spurt.”

Audi has delivered around 649,350 premium cars in Europe since January, surpassing the prior-year figure (+0.2%). In October, the home continent continued to generate very high growth compared with the prior-year period (+68.6% to around 54,200 units). Reasons include the changeover to WLTP as well as numerous model startups and discontinuations that had negatively impacted the models available to order and therefore also delivery figures in Europe in October 2018. In Germany, deliveries increased by 101.1 percent to 18,402 in the past month; since the start of the year Audi has delivered 2.7 percent more cars to customers in the domestic market than in the previous year. A similar picture is also apparent in other major European markets such as Italy (October: +80.8%; cumulative: +6.7%) or France (October: +46.5%; cumulative: +5.4%).

In China, the Four Rings achieved a new record-breaking figure in October, with the company delivering 60,154 cars, an increase of 6.0 percent year-on-year. Since the start of the year, deliveries have increased to 551,194 (+2.1%) vehicles. The Q models such as the Audi Q5 L (+52.9%) proved extremely popular in October. Audi continues to reinforce its SUV portfolio in China with the Audi Q8, which was launched last month.

The North America region saw sales increase by 15.6 percent last month to around 23,450 cars. Since the start of the year, around 215,850 cars were delivered to customers (-5.2%) in the region. Canada again saw strong growth in October, with deliveries up 11.2 percent to 3,342 vehicles. In the USA, demand increased 19.4 percent year-on-year to 19,172 delivered cars. The availability of the new Audi Q3 had a very positive impact in both markets. The Audi Q8 also continues to prove very popular among North American customers and is the market leader in the corresponding premium segment.