Audi increases deliveries in June to around 166,700 premium automobiles 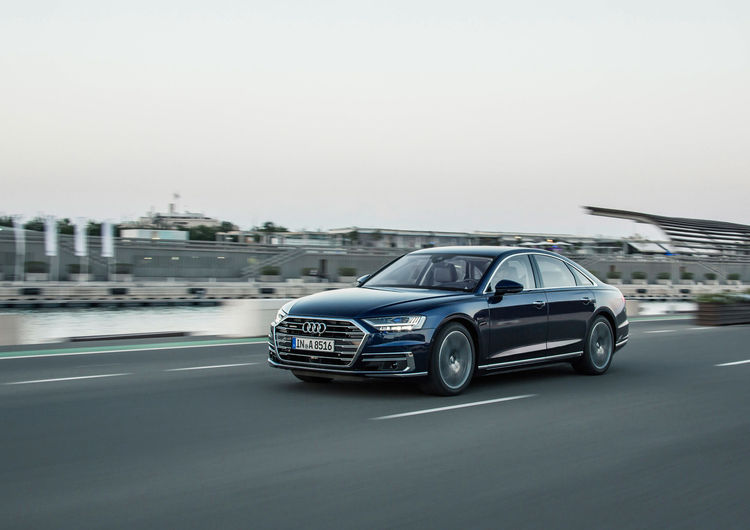 Audi delivered around 166,700 premium automobiles worldwide in June, 1.7 percent more than in the same period last year. In particular, the largest single market China (+22.2%) contributed to global growth, closing June with a new record-breaking figure. Across all markets, demand was particularly strong last month for the brand’s premium flagship, the Audi A8, with deliveries up 53.2 percent. Worldwide growth with the Audi Q2 (+46.2%), Audi Q5 (+32.1%) or the new Audi Q3 in Europe (+51.0%) attests to the sustained popularity of the SUV range. Since January the brand with the four rings delivered around 906,200 cars (-4.5%) to customers.

“The first half of the year was still dominated by numerous challenges such as model changeovers with volume models and the delayed effects of the WLTP switchover,” says Martin Sander, who had been operational head of the Sales and Marketing division in the first half of the year. On July 1, he became Vice President of the new Sales Europe division, which also includes Germany for the first time alongside the European export markets. “The good June results make us optimistic for the second half of the year. We expect a boost in deliveries as our model initiative increasingly gains traction, including with the new Audi Q3 Sportback, the redesigned Q7 and A4 models, or the plug-in hybrid models. At the same time, we are intensively preparing for the switchover to the WLTP 2nd Act test procedure,” says Sander.

In China, the number of deliveries rose in June to 58,877 vehicles, equivalent to an increase of 22.2 percent. The Audi A4 L (+11.7%) or the Audi Q5 L (+64.8%) were among the highly popular models. The long version of the Audi Q2, the city SUV developed specifically for China, proved highly successful with 3,806 units sold. Since the start of the year, the brand with the four rings delivered 312,502 cars to customers in the Middle Kingdom, an increase of 1.9 percent. As such, the company also closed the first half of the year with a new record-breaking figure.

In the United States, Audi virtually managed to replicate in June the record-breaking figure from last year. In what remains a weak overall market and despite the model changeover with the Audi Q3 volume model, which will not be in dealerships until the second half of the year, the company delivered 19,409 units. This represents a slight drop of 0.3 percent year-on-year. The full availability of the portfolio of full-size models since the start of the year provided a positive boost: The A6, A7, Q7, Q8 and A8 saw strong growth compared with the same period last year (+47.7%). Demand for the Audi Q5, which remains the most popular Audi model in the United States, rose 42.7 percent in June alone. In the first half of the year, the company delivered in total 101,440 cars (-6.0%) to customers. The North America region closed the first six months with deliveries down 8.6 percent to around 123,350 units. In June the number of deliveries in the region was around 23,200 (-5.5%).