Audi in September: New A4 up by more than 20 percent in Europe 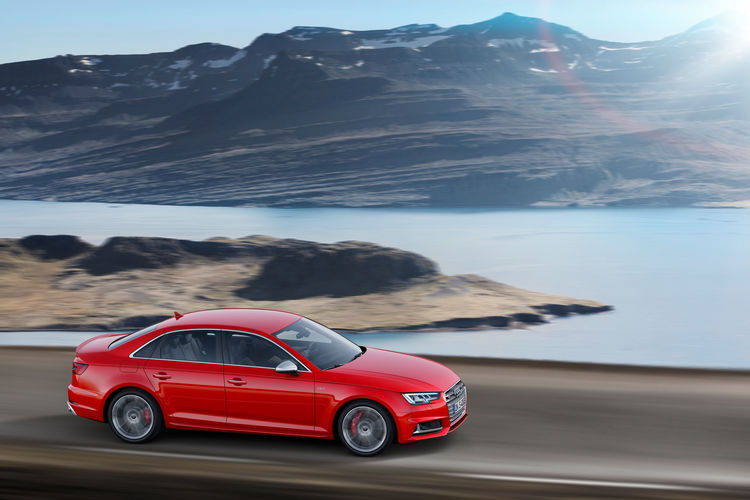 AUDI AG closed the first three quarters with growth despite the difficult market environment: In September, the brand increased its deliveries by 1.7 percent to around 173,850 units compared with the strong prior-year month. Demand especially in Europe (+6.3%) and North America (+4.1%) played its part in the positive sales balance. Within the product portfolio, the compact Audi models in particular were very popular. Combined sales of the Audi A3 and Q3 increased by 16 percent in the month. Since January, the manufacturer delivered around 1,408,800 automobiles across all models to customers, an increase of 4.5 percent.

“Over the coming months we will further strengthen and considerably rejuvenate our product portfolio”, says Dietmar Voggenreiter, Board Member for Sales and Marketing at AUDI AG. “With the Audi Q2, we aim to open up important new customer groups and with the new Audi A5 we are once again going to demonstrate our brand’s sportiness and charisma.”

Both models, the Audi Q2 and the Audi A5, will arrive at European dealers in November. They will be joined in early 2017 by the new generation of the Audi Q5, whichwas unveiled to the public for the first time a few days ago at the Paris Motor Show. To date, the company has sold around 1.6 million units of the first generation of the mid-size SUV worldwide. In North America, the Q5 is the most successful Audi model, with almost one in four Audi customers opting for this SUV. In September, deliveries of the Q models rose 5.5 percent in North America, with an increase of 4.1 percent across all the brand’s models. In the U.S. market, Audi expanded its sales by 1.6 percent, driven by the new A4, which grew almost 40 percent in the United States over the past month. Since the start of the year, Audi deliveries in the North America region rose by 5.1 percent across the entire product portfolio to around 186,850 automobiles.

In Europe, the new Audi A4 reclaimed its position as the number 1 premium model in its segment. Over the past month, around 17,300 customers in Europe decided to buy the mid-size model, 21.6 percent more than in September 2015. In addition to the Audi A4, the revised A3 (+26.4% to around 21,500 units) strengthened total sales in the region. Both models played a significant role in increasing deliveries in Europe by 6.3 percent to around 84,650 automobiles in September. The manufacturer reported cumulative total sales in Europe of around 657,100 automobiles since January, an increase of 7.3 percent. Audi achieved double-digit growth in the past month in France, delivering 5,660 automobiles, 16.2 percent more than in the prior-year month. The United Kingdom also saw strong growth of 8.5 percent to 31,214 units in the traditionally strong sales month of September. The positive trend for Audi was reaffirmed in the past month in Italy (+6.7% to 5,353 cars) and Spain (+5.5% to 3,400 cars). In Russia (-38.6% to 1,600 units) and Turkey (-16.4% to 1,341 units), however, the sustained challenging market environment was also reflected in Audi’s sales performance in September.

In the Asia-Pacific region, Audi delivered around 62,200 premium automobiles to customers in the month, 2.2 percent less than one year ago. By contrast, demand again rose in China (+2.6% to 54,499 units) in September. There, the past month was dominated by the model changeover for the Audi A4 L. The new mid-size model will now be gradually rolled out into the Chinese dealerships. Cumulative deliveries in the entire Asia-Pacific region total around 509,850 units, 3 percent more than one year ago.