{{ activeItem() }}
Twitter
06/17/21
"Our goal is to feed the same amount of green power into the grid that all the electric Audi cars on the road need… https://t.co/YaByqYBZjh
06/17/21
Next step towards the vision of carbon-neutral mobility: We are partnering with energy providers to support the exp… https://t.co/6sndB3YAjn
06/17/21
Celebrating change: The @greentech_fest is an inspiring space for ideas and innovations that change the world for t… https://t.co/xFsHhpzx2z
06/17/21
How can you playfully and easily reduce your carbon footprint? The Audi Denkwerkstatt innovation unit presents a fu… https://t.co/LSqzDeLSbC
Audi on Twitter
YouTube
06/07/21 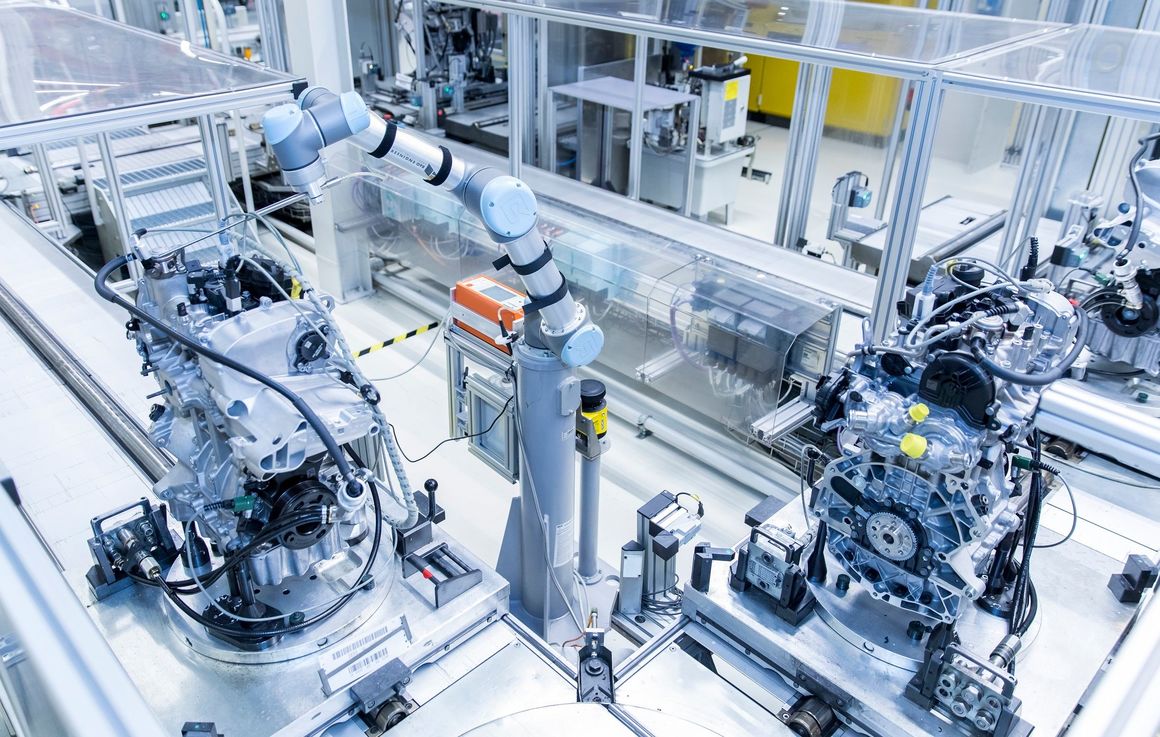 There are more than one and a half million engines produced at Audi Hungaria each year. The world's largest engine factory manufactures five different Otto and three different diesel engine variants, as well as a family of electric drives in the 63kW (86 HP) and 470kW (639 HP) range. The smallest engine made in Győr is highly efficient, but at the same time lends the car a truly sporty and vibrant dynamism. Audi Hungaria has been manufacturing the 3-cylinder, turbo charger-equipped petrol engine for three years, with more than 360,000 units made to date for various models of the Volkswagen Group.

The 3-cylinder drive is subjected to numerous inspections at the Győr plant before delivery. Among other things, fuel leakage is examined using a so-called ‘sniffer robot’, which analyses the seals of the fuel system, and upon detecting fuel immediately signals the problem. The robot also ensures the traceability of measurement results through saved data. By using the ‘sniffer robot’, staff are also able to avoid coming into contact with fuel.

In addition to Audi Hungaria, there are multiple sites within the Group manufacturing R3 1.0 TSI engines for Audi, Volkswagen, Seat and Skoda models. Cars equipped with this drive are primarily popular in Germany, Great Britain, Italy, Spain and France. The engine is calibrated for 95, 110 or even 128 HP performance, and as such Volkswagen Group sites across the world primarily install it in models used in urban transportation.

Engine production at Audi Hungaria started in 1994. The first engine in Győr was a 4-cylinder 5-valve power unit. Over the years, the portfolio of engine production has been expanding continuously, and in addition to internal combustion engines, the Győr plant has also been manufacturing electric drives since 2018. The company manufactures engines for 37 vehicle production sites of the Volkswagen Group.