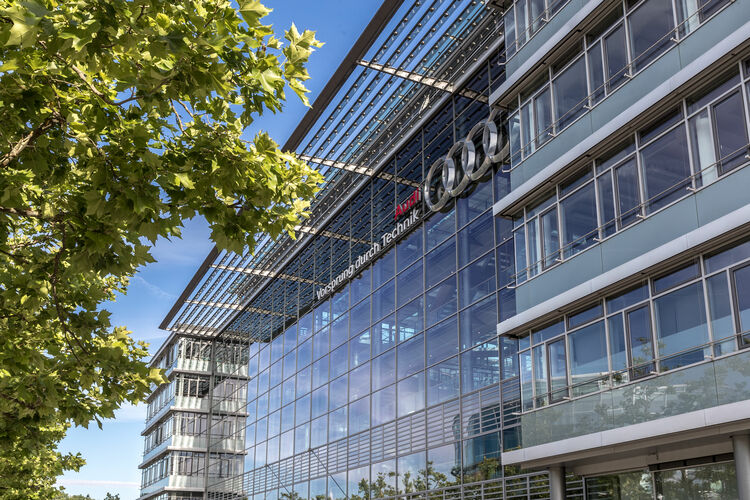 The brand with the four rings delivered around 119,800 cars to customers worldwide in February, 8.5 percent less than in the same record-breaking month in 2018. Deliveries increased slightly in China (+1.8%). North America (-14.3%) and Europe ( 12.8%) saw deliveries fall. Cumulative deliveries across all markets in the first two months were down 5.5 percent (around 264,500 units). Audi’s new full-size models, such as the Audi A8 (+30.2%), did particularly well worldwide in February.

“The limited availability of model variants due to WLTP and a challenging startup situation could still be felt in February,” said Martin Sander, Vice President Global Marketing and Sales at AUDI AG.” The strong demand for our new models however confirms that we’re on the right track with expanding and electrifying our premium portfolio. Our first all-electric premium SUV, the Audi e-tron*, forms part of this success, as does our new plug-in hybrid fleet.” At the start of the week at the Geneva Motor Show, the company had presented the hybrid variants of the models A8, A7 Sportback, A6 and Q5, a preview of the Audi e-tron Sportback and the Q4 e-tron concept showcar.

In China, the brand with the four rings increased deliveries to customers slightly in February despite the public holidays around the Chinese New Year festivities: Deliveries rose to 40,084 cars, up 1.8 percent on the comparative figure from 2018. The local model range proved highly popular, including the Audi A4 L with 10,888 cars sold (+16.7%). 1,337 customers received the keys to the long version of the Audi Q2 produced exclusively for the Chinese market. In the first two months of the year, deliveries in the Middle Kingdom increased by 3.8 percent to 104,084 units, setting a new record-breaking figure.

In the United States, Audi delivered 13,560 cars (-12.2%) in February. Besides an overall weak environment, one of the reasons behind the drop in sales is the imminent model changeover of the popular Q3. The new full-size models performed well. Demand increased by 78.9 percent for the Audi A6 to 1,506 cars, by 76.9 percent for the A7 to 474 cars, and 95.2 percent for the A8 to 242 cars. The North America region as a whole closed February with around 16,300 cars sold (‑14.3%), with cumulative deliveries to customers in the region down 9.9 percent.

In Europe, around 54,800 cars represent a decline of 12.8 percent in February. Deliveries to customers fell in the past month in the two largest markets: Germany (-10.5% to 23,237 cars) and the UK (-14.5% to 5,219 cars). The temporarily limited model availability as part of the switch to WLTP continued to affect deliveries on the home continent. To date Audi has homologated 161 engine/transmission variants according to the new test cycle, with all RS models and the Audi R8 recently being launched as models homologated according to WLTP. The Audi RS 5 Sportback is also new and joins the lineup in Europe for the first time.