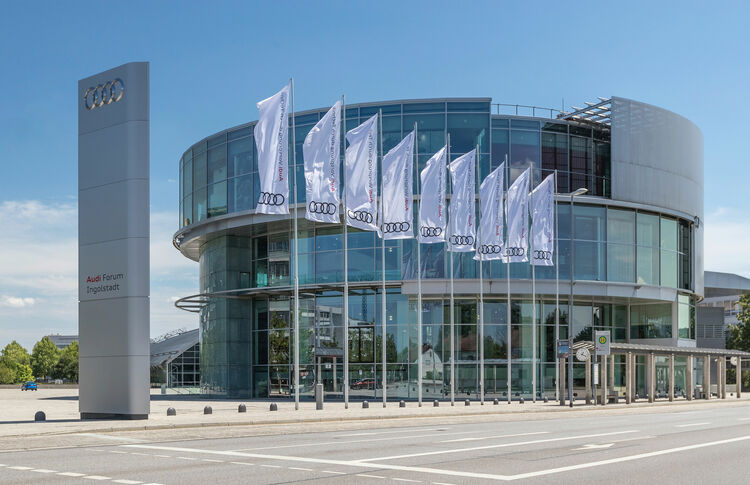 In the course of addressing the diesel crisis, AUDI AG has reached an important milepost: As announced in advance, following the conclusion of internal technical analyses of all its V TDI engines the Company today passed on its essential findings to the German Federal Motor Vehicle Transport Authority (Kraftfahrt-Bundesamt, KBA) as the responsible authority. The details will be discussed over the coming weeks. Today, the focus was on current models with third-generation V6 TDI engines. There were no findings at all after the latest technical analyses, which included the new full-size category comprising the Audi A8, Audi A7 Sportback, Audi A6 and A6 Avant as well as the new Audi Q8. The Company has examined around 700 variants since 2016.

“For me, our focus is unquestionably on our customers,” stressed Abraham Schot, interim CEO and AUDI AG Board of Management Member for Sales and Marketing. “We have made substantial progress in the technical investigation. Now that the extensive detailed work has been done, the facts are on the table. That was our ambition, because we have ultimately unsettled and disappointed many of our customers through the diesel crisis.”

The extensive investigations looked at all V6 and V8 TDI engines, which Audi uses in mid-range and full-size models. This equates to around six million cars to Euro 5 and Euro 6 standard built since 2008 and delivered to customers in Europe and other markets (except the United States and Canada). The experts have therefore also already examined the status of all those second-generation evo and third-generation power units that have been brought out since mid-2014 or in fact will only be appearing from the introduction of the new WLTP (Worldwide Harmonized Light Vehicles Test Procedure) emission standard from September 1, 2018.

“The investigations were more complex than expected,” summarized Audi Head of Purchasing Bernd Martens, who is leading the internal task force to address the diesel crisis: “For every single diesel engine, we had to delve deep into the software codes in order to examine even peripheral areas of the driving profile. A genuine feat that our developers accomplished on top of their core task of working on new Audi models. To conduct this exhaustive analysis, our engine development colleagues combed through more than 750,000 pages of documentation.”

So far, the KBA has issued the Company with seven notices for mandatory software updates in connection with the diesel crisis. These apply to a total of around 240,000 vehicles worldwide. As agreed at the Diesel Summit in August 2017, Audi is offering a voluntary software update for 370,000 vehicles with V TDI engines in Germany to improve emissions in real road traffic conditions. The retrofit program is always free of charge for Audi customers and will have no adverse effect on fuel consumption, CO2 emissions, engine output, peak torque or noise emissions, nor on the durability of the engine and exhaust-gas aftertreatment system.

The United States and Canada are not affected by the findings of the internal Audi investigations presented today. The Company is one step further down the line in North America: In four out of five cases, the measures for the engine generations in use have already received clearance from the responsible regulatory authorities. Some two-thirds of those automobiles have already been dealt with.