Audi clean-up of international awards: distinctions in November and December 2015 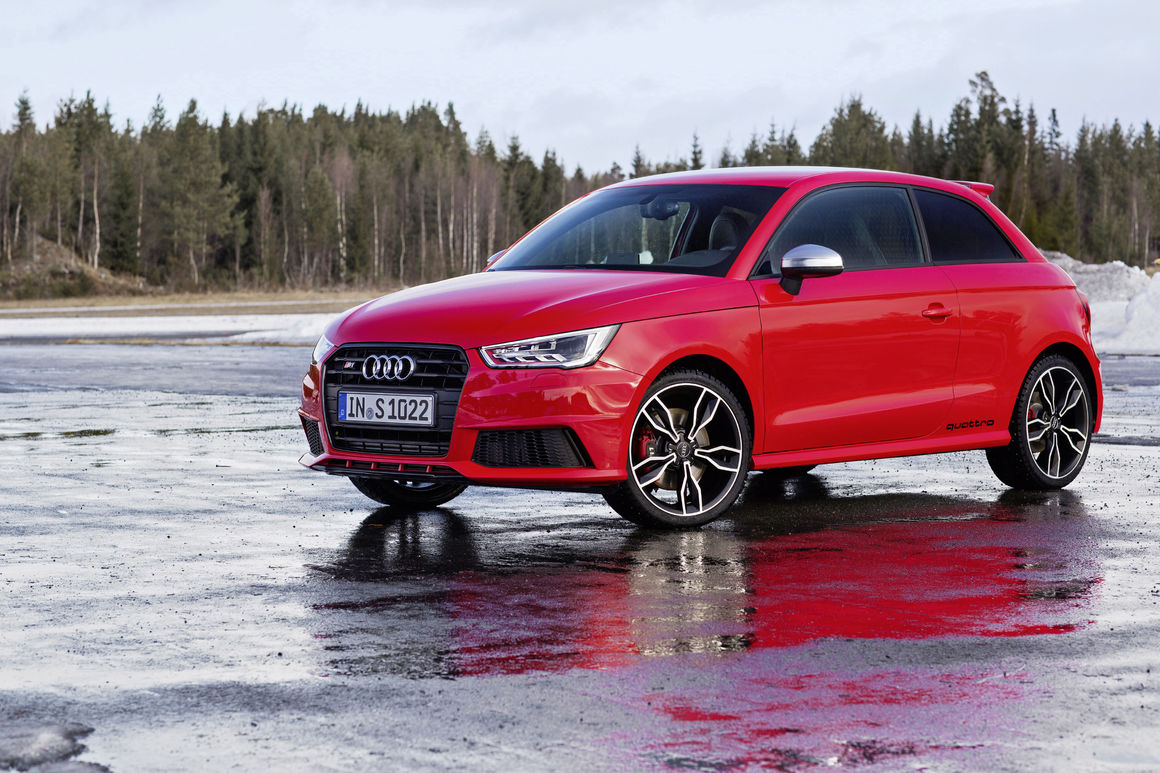 China: Audi A3 receives “J.D. Power Award”
In China the “J.D. Power Award 2015” went to the Audi A3. This award, which is made on the basis of extensive customer surveys, rates the quality of new automobiles in China. The Audi A3 emerged victorious in the intensely competitive segment of compact luxury sedans.
(November 1, 2015)

Switzerland: Audi Q7 is favorite car
Audi won the “Swiss Car of the Year” reader poll with the Q7 and also achieved third place with the R8. Over 68,000 readers voted for their favorite car.
(December 2, 2015)

United States: top safety in Audi A3, Audi A6 and Audi Q5
The Audi A3 Sedan*, Audi A6 Sedan* and Audi Q5 have received the accolade of “Top Safety Pick+ 2016,” awarded by the Insurance Institute for Highway Safety. In achieving the highest grade “good,” they are the safest cars in their segment according to the U.S. insurance organization. Audi has previously received this distinction for the crash safety of numerous models in the past two years.
(December 10, 2015)

New Zealand: Audi RS 3 Sportback most popular car in category
The Audi RS 3 Sportback took the honors in the “Performance Class” at this year’s “AMI NZ Autocar Car of the Year Awards” and can now be considered among the best new cars on New Zealand’s roads. The RS 3 Sportback impressed the jury with its design, the compact and efficient construction principle and not least its emotive sound.
(December 2, 2015)

Australia: double award for Audi Q7
The Audi Q7 has achieved the top rating of five stars in the “ANCAP safety rating” for passive and active safety. It has also received the title of “Best Luxury SUV” from the renowned online magazine drive.com.au. The jury reserved particular praise for the fully digitized virtual cockpit, the new Audi touchpad and the sophisticated build quality.
(December 4, 2015)

Germany: special merit for Audi eKurzinfo
At the “German Design Award 2016”, the Audi eKurzinfo received a “Special Mention” for outstanding innovation in the “Apps” category. The award is made by the “German Design Council,” a nonprofit foundation of the German Federal Parliament with members drawn from industry, design, federations and institutions.
(November 2, 2015)

**Fuel consumption, CO2 emission figures and efficiency classes given in ranges depend on the tires/wheels used.