Audi at the Festival of Speed in Goodwood:
racing legends meet modern motorsports 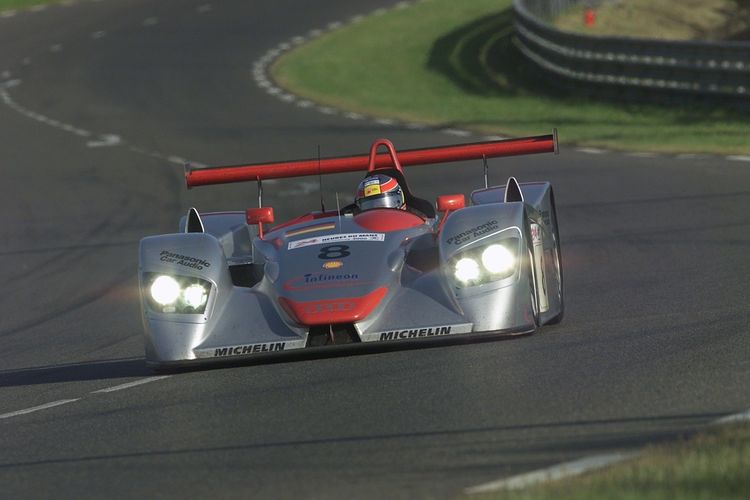 At this year's Festival of Speed in Goodwood, which runs from 29 June to 2 July, Audi Tradition is sending three winning Le Mans cars to southern England. Tom Kristensen will be driving the Audi R8 LMP from the year 2000, with which he brought home Audi's first Le Mans victory. Audi will also be presenting a further two Le Mans cars as part of a special exhibition in honour of the Danish driver. For the first time ever, visitors to the festival will also get the chance to see the Audi Group S mid-engined rally prototype in action, with rally world champion Hannu Mikkola behind the wheel. Completing the vehicle line-up from the brand with the Four Rings will be an Audi RS 5 DTM 2017 as well as an Audi R8 LMS – the current winner of the 24-hour race on the Nürburgring will be driven by Connor De Phillippi.

Nine victories at the infamous 24-hour Le Mans race, seven of which with an Audi – Tom Kristensen can look back on a long and successful racing career. Three years after his last race, Kristensen will be able to enjoy a special celebration in his name at this year's Festival of Speed: motorsports aficionado and host of the event, Charles Henry Gordon-Lennox, Earl of March and Kinrara, invites visitors to an exhibition featuring some of the most important racing cars from the motorsports history of the Danish driver, who celebrates his 50th birthday on 7 July 2017. Audi Tradition will be bringing three of Kristensen's Le Mans cars to Goodwood: the Audi R8 LMP with which he won in the year 2000, as well as the winners from 2008 (Audi R10) and 2013 (Audi R18).

At this well-attended motorsports festival, a further racing legend will be accompanying Audi Tradition: Hannu Mikkola, known as the "Flying Finn", brought home the legendary Group B world championship title in 1983 from behind the wheel of an Audi Rallye quattro – the first world championship title for the team from Ingolstadt. Mikkola will be pushing the Audi Group S prototype up through the bends of Goodwood. This vehicle was initially planned for use in the 1988 rally season as the new Group S regulation was intended to replace Group B. After a serious accident at the Portugal rally in which Audi wasn't involved, this project was abandoned: For safety reasons the international sports association, the FIA, decided not to carry on rally Group B in the 1987 season. This also meant the end of the planned Group S and consequently that the Audi mid-engined rally prototype intended for use in that group was never actually used in a race. Last year, Audi Tradition took the sports car out of storage and, after comprehensive preparation work, ran it for the first time at the Eifel Rallye Festival in Daun in front of a huge crowd. Its second-ever drive sees the Audi Group S celebrating its debut in England.

Alongside vehicles full of history and tradition, the brand with the four rings will also be exhibiting current models from the Audi Sport motorsports range. For example, the Audi RS 5 DTM will be in Goodwood for the first time while another of these vehicles simultaneously takes part in the DTM race weekend at the Norisring. Bearing visible traces of its previous race, a further supercar from Audi will also be making its first trip to England: the green and white Audi R8 LMS from the Audi Sport Land team which won the 24-hour Nürburgring race in May and thus gave Audi its fourth victory at the ring. Winning driver, Connor De Phillippi will be behind the wheel and will wow the crowds with the V10 sound and speed of this modern GT3 sports car.