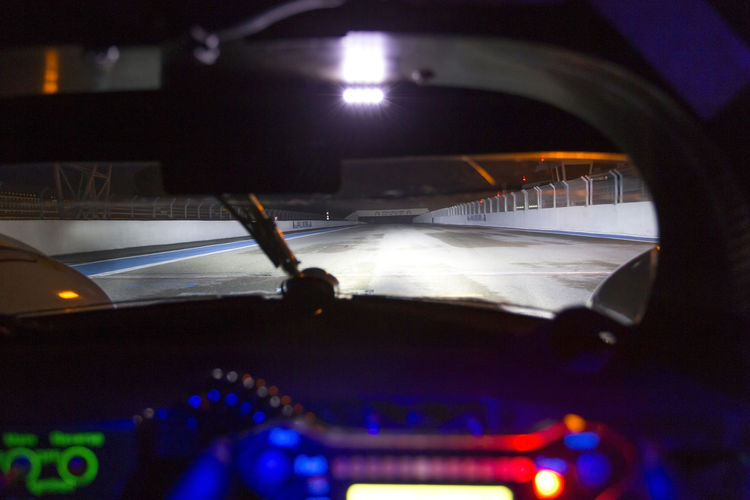 The passive safety of a car protects the driver against injuries in an accident and helps absorb impact energy. But active safety has long been gaining importance in racing as well. Modern assistance systems such as the ones used in the Audi R18 e-tron quattro defuse dangerous situations in the preliminary stages.
Download PDF (156 KB)
Facebook
Twitter
LinkedIn
WhatsApp

Two more weeks until the Le Mans 24 Hours celebrates its 90th anniversary. The passive safety of a car protects the driver against injuries in an accident and helps absorb impact energy. But active safety has long been gaining importance in racing as well. Modern assistance systems such as the ones used in the Audi R18 e-tron quattro defuse dangerous situations in the preliminary stages.

Audi customers have long come to value assistance systems in everyday driving. ‘Audi side assist’ facilitates lane changes; ‘Audi pre sense’ helps avoid accidents; the night vision assistant marks pedestrians – to name just a few examples. Not everything that is available in the entire range of technology is suitable for racing though. Race drivers are expected to demonstrate their skills on the wheel instead of having their most challenging tasks performed by electronic assistants.

Still, at Audi, new synergies between production and racing have been created with respect to assistance systems as well:

-In lighting technology, Audi has improved its capabilities in LMP racing by having extended the headlight sight distance by 85 percent since 2006. When driving at night at Le Mans, the drivers today benefit from a light beam that is more than 800 meters long. Every headlight consists of eight LED units. The matrix-beam principle now makes it possible to divide the light into individual segments. In production vehicles, this allows glare-free driving with high beams. In the race car, Audi uses the technology as cornering light. The LEDs on the outside of the corner are dimmed and the ones on the inside of the corner emit a brighter light. As a result, the driver clearly notices that illumination of the track in his line of sight has improved.

-The Audi R18 e-tron quattro is equipped with a digital rear-view mirror. As the rear of the monocoque facing the engine compartment has no window on a closed LMP model, a conventional mirror cannot be used. A small rearward camera is mounted on the roof above the driver. It captures the traffic behind the car with a field angle of 60 degrees. The electric signal is transmitted to a display in the cockpit, featuring innovative AMOLED technology. The acronym stands for Active Matrix Organic Light Emitting Diode, in other words an organic light emitting diode with active matrix technology. Contrast is ten times better and energy consumption 30 percent lower compared to a liquid crystal display. With a screen diagonal of 6.8 inches, the display has a resolution of 600,000 pixels. Each pixel can be discretely controlled. The race drivers benefit from the system in several ways. Unlike a mirror, the screen remains free from vibrations. The blind spot behind the car has been eliminated. When lapping other cars, it is easier for the drivers to judge when they can change lines. And in a duel, they can tell whether a rival attacks from the left or right. Audi is testing the digital mirror in the R8 e-tron. The system has the potential of being suitable for use in road traffic in the future as well.

-With its additional functions, the steering wheel, in view of today’s strategy, is turning into an important assistance system in racing. 13 buttons are located on the front. They can be used to control functions such as brake force distribution, traction control, the radio, drink supply, the starter and electronic functions. In addition, there are rotary controls which the driver uses to influence the engine and traction control system maps. A digital display indicating absolute lap times, times in track sectors, the difference to previously clocked lap times or tire inflation pressure is located in the center of the driver’s field of vision. It is complemented by alarm functions. Two-way radio communications make fast exchanges of essential information, such as tactical decisions, possible between the driver and the pit crew. They allow the driver to respond quickly and to influence the car’s handling by using the steering wheel functions, for instance in the case of decreasing grip. Steering wheels with additional functions have long been making the everyday life of Audi customers easier as well.

“Our race drivers have come to value the constant technological improvements so much that they wouldn’t want to do without modern assistance systems anymore,” explains Head of Audi Motorsport Dr. Wolfgang Ullrich. “They make an indispensable contribution to active safety. And as Le Mans has long turned into a sprint, the systems are of help in the battle for every second as well.”