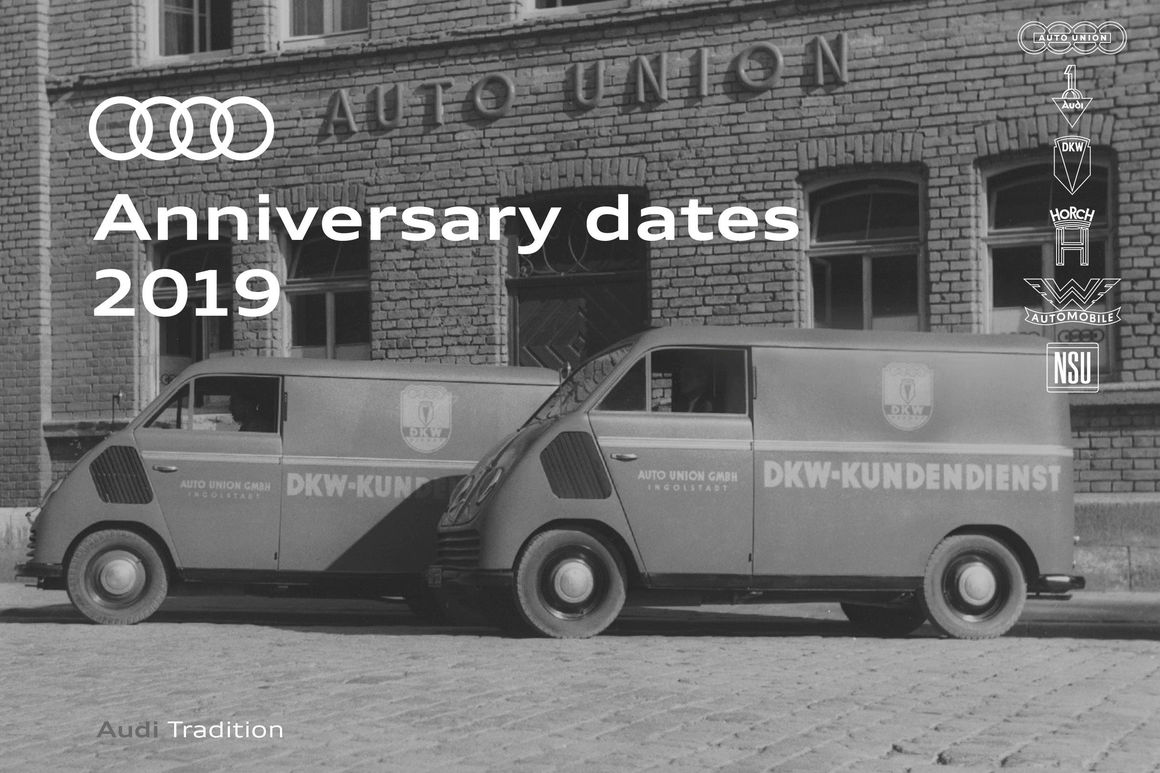 In their digital booklet entitled "Anniversary Dates 2019", Audi Tradition provides information about the most important products, records and milestones in the history of Audi. This year, the company will be able to look forward to more than two-dozen anniversary dates.

It was 70 years ago that Audi history began in Ingolstadt. After the Second World War, the Auto Union AG plants in Saxony were seized under the orders of the Russian military administration and the company was removed from the companies register in Chemnitz in 1948. However, these orders did not apply in the western occupation zones and thus enabled Audi's predecessor company, Auto Union GmbH, to be founded on September 3, 1949 in Ingolstadt. Just ten years later in 1959, the young company brought one of the most modern European vehicle manufacturing facilities of the time into operation. And in the same year, the first DKW Junior rolled off the production line.

Twenty years ago, AUDI AG took part in the 24 Hours of Le Mans for the first time and, since the beginning of the new millennium, the brand has gone on to win a total of 13 victories. Meanwhile, 25 years ago, the first Audi A4 rolled off the Ingolstadt production line. The successor to the Audi 80 remains the volume seller of the brand with the four rings even to the present day. In the same year came both the market launch of the brand's new flagship, the Audi A8, and the release of the Avant RS2 which was to be the foundation stone for Audi's high-performance model history.

35 years ago, Stig Blomqvist came first in the World Rally Championship driver rankings and Audi in the brand ranking. In the same year, Harald Demuth drove his Audi quattro to become German Rally Master and a car would subsequently also be presented to the public which today commands top prices on the market: the Audi Sport quattro.

A complete overview can be found in the anniversary booklet online in the Audi MediaCenter.