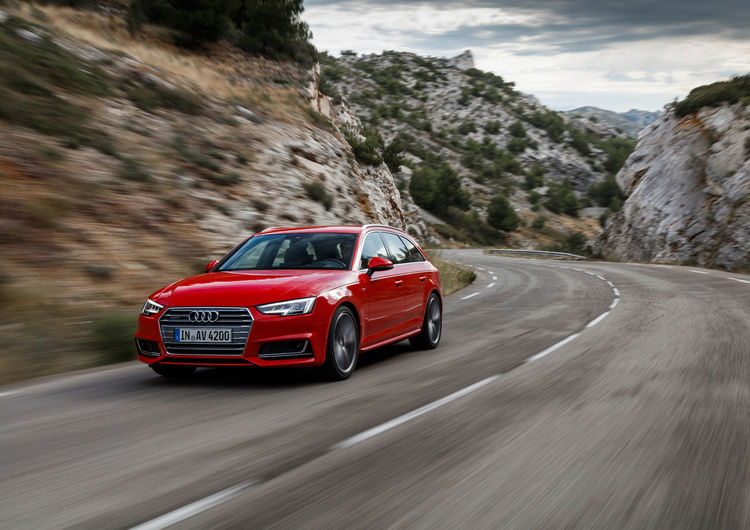 AUDI AG achieved a new sales record in 2015: Compared with 2014, worldwide deliveries increased by 3.6 percent to around 1,803,250 automobiles. This total was achieved despite the fact that the first representatives of the current model initiative – the new A4, the new Q7 and the new R8 – were not yet available in all regions of the world. In Europe and China, Audi confirmed its position as the most successful premium brand; in the United States, the brand with the four rings grew at twice the rate of the market. In December, around 158,450 customers worldwide chose an Audi, an increase of 5.6 percent. This means that the company has increased its sales for the 72nd successive month.

“With sales of 1.8 million, we have surpassed the target set in our Strategy 2015 of 1.5 million cars by 300,000,” says Rupert Stadler, Chairman of the Board of Management of AUDI AG. “2015 has proved that Audi is solidly on track and that we are able to master a year that presented various challenges very successfully.”

Regarding developments in the sales regions, sales chief Dietmar Voggenreiter explains: “In Asia, we adapted very flexibly to the slower market pace and consistently geared our activities toward healthy and profitable businesses. With strong results in the United States and the successful launch of our model initiative in Europe, foundations for Audi’s further growth have been successfully laid.”

The new generation of key Audi models is well underway: the new generation of Audi’s bestselling A4 model was launched in Europe in November 2015. It will also be appearing in overseas markets this year. Available in Europe since June 2015, the new Q7 celebrated its premiere in China at the end of the year, in advance of its arrival in the United States and other major markets in 2016.

Audi’s entire SUV family once again grew disproportionately in 2015, gaining  6.0 percent across all Q models to around 537,950 automobiles worldwide. The A3 and its variants contributed to Audi’s growth with an increase in sales of 20.3 percent to around 372,750 units. Furthermore, with deliveries of around 29,950 units (+87.0%), the TT became the best-selling compact sports car in the premium market.

In the United States, the company surpassed the 200,000 mark for the first time in its history: rising 11.1 percent to 202,202 units. Audi has thus doubled its U.S. sales within five years. In December, despite the voluntary temporary halt to sales of diesel models, deliveries increased by 6.0 percent to 20,399 automobiles. With sales rising 22.6 percent to 52,006 SUV models for the full year, the Q5 set a particularly strong pace and led the Q family boom. 32,119 customers made the Audi A3 Sedan (+52.4%) the most popular compact sedan in the U.S. premium market. In addition to the United States, Audi’s strong performance overall in the Americas was supported in particular by Canada (+9.1% to 26,754 cars), Mexico (+9.3% to 14,147 cars) and Brazil, which showed continued strong growth of 38.7 percent to 17,130 units.

In China, Audi once again achieved very high sales levels in 2015, ending the year with 570,889 customers, slightly below the comparative figure for 2014 (-1.4%). 60,197 units in December represent the second-best month in the company’s history in this market, 3.8 percent below the record level set in the same month last year. In late 2014, the launch of the A3 Sedan as another locally produced model had created particularly high customer traffic at dealerships. Over the course of the next months, the company will introduce various new models throughout its Chinese product portfolio: by the summer of 2016, successors will be launched for models that represent around 60 percent of total Audi sales in China.