AUDI AG in September: Sales continue to rise in North America and China 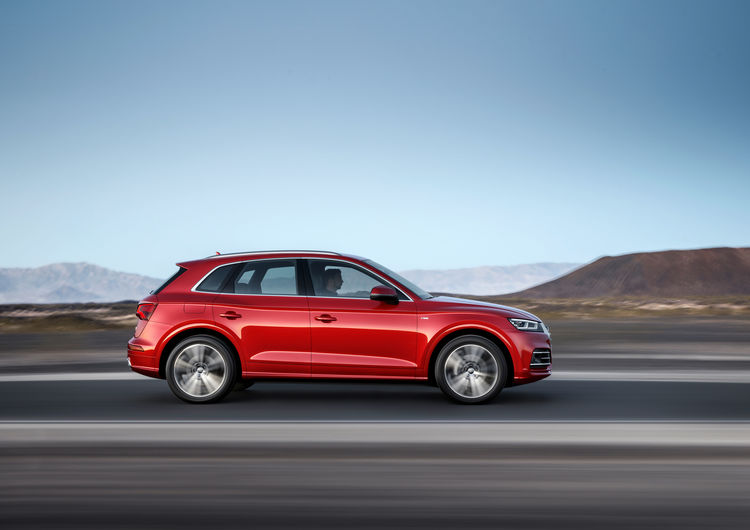 AUDI AG ended the third quarter with an increase of 2.6 percent in September sales compared to 2016. In the past month, the company sold 178,350 units. The picture was mixed among the top markets: While sales grew in the United States (+9.6%) and in China (+7.2%), the figures in Germany were down 0.5 percent year-on-year. Since January, the manufacturer delivered around 1,380,800 premium automobiles to customers, reducing the cumulative decline to 2.0 percent compared with 2016, the strongest sales year ever in Audi history.

“In September, our wide variety of models once again demonstrated our brand’s charisma: Our sporty and progressive Audi A5 family achieved very high growth, while the Audi Q5 and our latest SUV, the Audi Q2, went down well,” says Bram Schot, Board Member for Sales and Marketing at AUDI AG. “With the presentation of the new Audi A8 we are at the start of a unique model rollout. This prospect gives us a positive outlook for the future.”

In North America, Audi achieved its highest September sales ever with around 23,600 deliveries. Despite the exceptional climatic conditions, the brand with the Four Rings continued to grow in the United States. Since January 2011, demand for Audi models has continuously set new record-breaking figures there. In the past month, an increase of 9.6 percent to 19,308 automobiles sold set a new record. The sales figures of the Audi Q5 in particular had a positive effect: 4,596 cars represent a year-on-year increase of 16.1 percent. Nearly one in four U.S. customers on average opted for the mid-sized SUV since January. Across the entire product portfolio, buyers in the United States took delivery of 160,914 units since January, an increase of 5.7 percent.

In China, September built on the positive sales performance of the past few months. With 58,445 deliveries, Audi achieved its strongest sales month to date in 2017, with sales rising 7.2 percent. In addition to the continued high rate of sales for the Audi A6L, the Audi Q7 and the Audi A5 also performed well. Sales of the premium SUV and the upper mid-range model rose 42.1 and 55.4 percent year-on-year. 418,670 customers in the Middle Kingdom took delivery of a new Audi since the start of the year. As such, sales since January are just 4.9 percent below the 2016 figure.

In September, sales in Europe increased in Spain (+16.2% to 3,952 cars) and Italy (+13.1% to 6,055 cars). A clear trend toward SUVs was apparent in both markets. In Spain, 1,711 customers bought a Q family model last month. Demand was particularly strong for the Audi Q5, with sales up 18.2 percent year-on-year. One popular model among Italian Audi buyers was the Audi Q2, with 1,131 units sold. In the first three quarters, the Ingolstadt-based automaker sold 9,013 units of its latest SUV in Italy.

In Germany, the company delivered 22,406 automobiles (-0.5%) in the past month. However, the German domestic market continues to remain stable for Audi during the course of the year: Sales increased 0.7 percent year-on-year since January, marking a new record-breaking figure of 232,518 automobiles. In the United Kingdom, deliveries fell by 4.6 percent compared with September 2016 to 29,763 cars. Nonetheless, sales outperformed the declining domestic automobile market since January.

Although September sales in Europe were down 1.1 percent year-on-year, the overall balance is positive: Seen across all models, Audi delivered around 661,550 units in the period January through September; cumulative sales are up 0.7 percent.