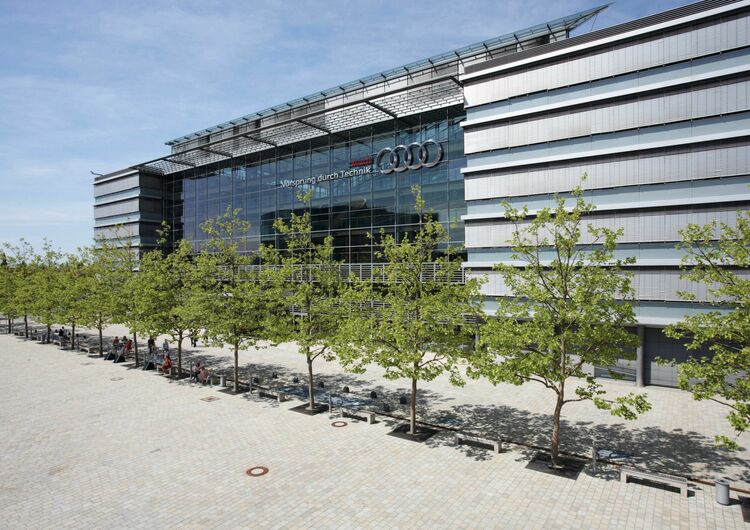 AUDI AG delivered around 156,150 cars to customers worldwide in April; a decrease of 5.0 percent compared to the 2016 record-breaking figure. In China, where business is currently impacted by extraordinary effects associated with Audi’s strategic alignment in the market, sales in the past month were 11.6 percent higher than in March. Year-on-year, April results in China were still 6.9 percent down. Global deliveries since the start of the year amount to around 578,750 units, 6.7 percent below the 2016 figure. In Western Europe (+1.0%) and North America (+7.3%), Audi achieved further growth despite the ongoing model changeover for the Q5 and the A5 family.

“We are shaping a challenging phase of transformation, which is temporarily impacting our operating business,” says Dietmar Voggenreiter, Member of the Board of Management for Sales and Marketing at AUDI AG. “To us, it is decisive to achieve an even stronger setting for the future with structural alignments and new models. Today we are laying the foundation for the coming years.”

In China, Audi continued productive talks with its local partners in April about expanding joint business activities in the market. During the extensive negotiations on the future setup of collaboration, sales in the first four months of the year totaled 154,873 units and remained 18.1 percent below the same period in 2016. In April, deliveries were still down 6.9 percent on the record-breaking figure from 2016; Chinese dealers reported 46,166 cars sold for the past month. In the same time, the redesigned Audi A3 was launched in China, adding the latest generation of the model that is particularly popular among young Chinese customers to the lineup. Additionally, the new edition of the A5 family is due to go on sale in China in mid-2017.

In Germany, 28,211 customers decided for an Audi last month, 2.2 percent less than in 2016 when April included three more selling days. Overall, the sales balance in Germany remains positive for the Four Rings, with sales increasing by 1.0 percent since January to the new record of 111,179 automobiles. In the month of April, France (+3.1% to 6,001 cars), Spain (+7.4% to 5,182 cars) and the Netherlands (+15.6% to 1,156 cars) reported growth among the large European markets. In Europe as a whole, the ongoing generation changeover for important volume models such as the Q5, and the continued downturn in Russia (-23.1% to 1,630 cars) had a negative impact on overall results. As such, European sales fell by 3.2 percent to around 75,750 automobiles in April. By contrast, cumulative sales since the start of the year expanded to around 302,500 units, exceeding the 2016 figure by 0.6 percent.

In the United States, Audi bucked the negative market trend with a 7.7 percent increase in deliveries to 64,358 customers in the first four months of the year. The sales balance for April reflects 18,711 automobiles sold and growth of 5.1 percent. The Q7 full-size SUV – which is highly popular among U.S. customers – beat its 2016 reference figure by almost a quarter (+22.2% to 3,022 cars). Following the U.S. launch of the new Q5 in April, Audi of America is continuing the largest product cadence in its history. From May on, the A5 Sportback is on sale for the very first time in the market, further expanding the Audi portfolio in the U.S.. In Canada, the Four Rings also keep recording continued success. In April, Audi sales rose by 7.6 percent to 3,608 units; 10,495 Canadian customers over the four months period translate into a cumulative increase of 14.0 percent. In North America as a whole, Audi closed the previous month with 4.3 percent sales growth to about 23,350 deliveries. Cumulative growth for the region of 7.3 percent takes the total to around 79,100 customers since January.