{{ activeItem() }}
Twitter
05/21/22
Fully electric… and more. Discover the many wonderful things about this progressive and captivating range. ​ Disco… https://t.co/GGhrH8GA35
05/20/22
We are auctioning art by @hello_ouchhh - all proceeds for @unoflucht. Thank you for picking up the message… https://t.co/1P3ULDmDdC
05/20/22
Nice back…ground. #MyFourRings https://t.co/Vybvs7lXaL
05/20/22
Two words: Electric. Future. Electrify your horizons and live progress with the Audi e-tron range. ​ Discover more… https://t.co/59YxfH4THT
Audi on Twitter
YouTube
05/21/22

Precision, efficiency and power are what it takes to drive progress. Join the conversation as we chat to our partner @FC Bayern München and discover how we are shaping the future. #Audi #FutureIsAnAttitude #AudixFCB
05/17/22 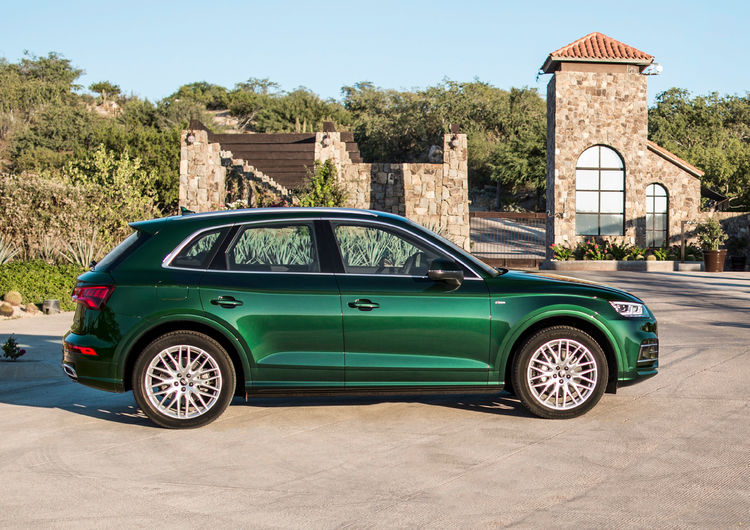 AUDI AG delivered around 124,000 cars to customers in January. In particular, demand continued to rise in Europe (up 3.1% to 61,800 units) and North America (up 11.8% to 16,200 units). Sales in China fell by 35.3% to 35,181 cars. In the last month, Audi established a long-term, strategic growth plan for the coming decade together with its Chinese partner FAW. Against this background the Chinese Audi dealers had planned a restrained business volume at the start of the year. This temporary development in China also affected the global sales balance: Worldwide deliveries fell by 13.5 percent compared with the record-breaking figures for the prior-year month.

“In Europe and North America we reached more customers than ever before at the start of the year,” says Dietmar Voggenreiter, Board member for Sales and Marketing at AUDI AG. “And we remain equally optimistic about our future business development in China.”

The primary contributions to Audi’s good start to the year in Europe came from the continuing high levels of growth in Italy (up 17.6% to 5,004 units) and Spain (up 15.8% to 4,928 units). But the Four Rings also did well on their domestic market, increasing sales by 5.0 percent to 22,927 units. In Russia, the company saw demand stabilize following the economic uncertainty which characterized the local market in recent years, leaving Audi up 3.3 percent to 935 cars in January. In Europe as a whole the new Audi A4 and the new A5 models in particular enjoyed strong demand. Sales of these two mid-sized models rose by 14.2 percent in the last month. January was also dominated by important generation changeovers, with the Audi Q5 and the A5 Sportback launched as key new models on the European market in the first weeks of the year. Audi posted 3.1 percent growth across all models in Europe, at around 61,800 units.

Audi also achieved a successful start to the year in North America with around 16,200 deliveries, up 11.8 percent, and handing over more than 15,000 cars to customers for the first time in January. With significant growth in Canada (up 28.1% to 1,932 units) and the United States (up 11.4% to 13,201 units), Audi further reinforced its positive sales performance from the previous year. In addition to the Audi A4 (up 32.9% to 1,959 units), the company also performed particularly well on the U.S. market with the Audi A6, with deliveries up 19.9 percent to 1,108 units. Sales of all Audi SUV models also increased in the United States in January, with the Audi Q3, Q5 and Q7 achieving cumulative growth of 21.9 percent.

January sales in China declined year-on-year to 35,181 cars (down 35.3%). In the last month, Audi established a strategic 10-year growth plan in China, together with its partner FAW, thus laying the foundations for sustained profitable growth in the years to come. Against this background the Chinese Audi dealers had planned a restrained business volume at the start of the year.