Audi A1 production starts at SEAT in Martorell 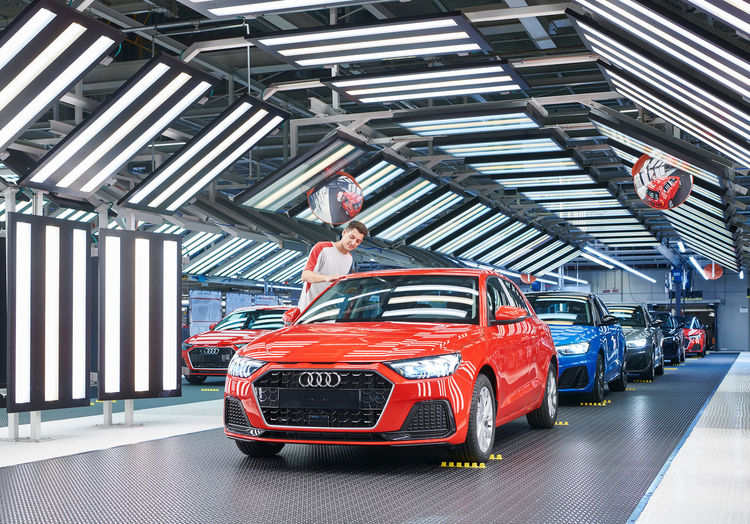 Production of the Audi A1 is already underway in Martorell. The new sporty compact model is being made exclusively at the SEAT plant and distributed to all the markets where it is sold, making a positive contribution to increasing the factory’s export volume, which is already above 80%.

Audi a llocated the A1 to Martorell following the production success of the Audi Q3. Production of the Audi Q3 started in mid 2011. Since then until last July almost 800,000 units were manufactured in Martorell. This figure even exceeded primary expectations. The previous generation of the Audi A1 was made in Brussels, while the new Audi Q3 is now being made in Hungary’s Győr, factory.

SEAT Vice-president for Production and Logistics Dr. Christian Vollmer explained that “having the manufacture of the Audi A1 allocated here at Martorell is an acknowledgement of the excellent work carried out by the SEAT Martorell team on the production of the Audi Q3 in recent years. The Audi A1 will be made under the highest quality standards, confirming the Audi Group’s commitment to the Martorell factory as a strategic production location for the Volkswagen Group’s global network.”

Peter Kössler, Board of Management Member for Production and Logistics at AUDI AG: “Over the last years, the Martorell plant with its highly qualified employees has produced our Audi Q3 and made this model a great success. The plant has gained a lot of experience with our extremely quality-oriented Audi production system. Therefore, Martorell is for us the ideal place to manufacture our new Audi A1, one of our strategic pillars in this segment.”

The new Audi A1, the second premium model made in Spain following the Audi Q3, will be made in two shifts on the revamped Line 3 using the MQB A0 platform. This is the platform where the Ibiza debuted in 2017. The Audi A1 will contribute to maintaining the high volume output at the Martorell facility, which is the factory that produces the most vehicles in Spain.

Furthermore, the Audi A1 will enhance the synergies and efficiencies with the models that share its platform in Martorell, the Ibiza and the Arona. In addition to producing the new Audi A1, SEAT also participated in its development, which enabled the creation of high-skilled employment.

Martorell, a new model lineup
With the addition of the Audi A1, production at the Martorell factory has included three new models in the past 18 months, beginning with the fifth generation Ibiza in early 2017, which was joined a few months later by the new urban crossover SEAT Arona. These launches make it possible to anticipate a high production volume in upcoming years.

In 2018 alone, more than 500 workers were recruited with a permanent contract. The reinforcement of SEAT Group’s workforce responds to the increase of production and models at the Martorell factory and for strategic projects related with car connectivity and the company’s digitisation, as well as for the development and launch of Tarraco.