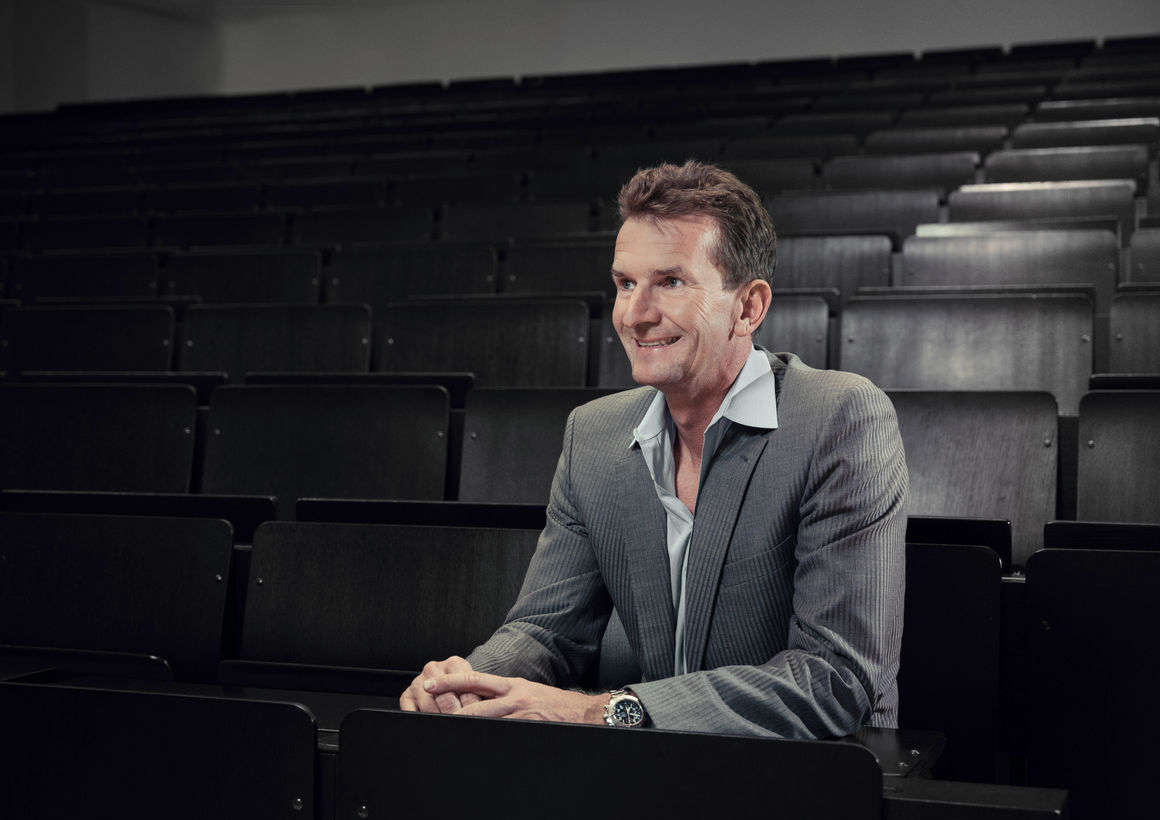 BREAKING THROUGH
With a total of 21 titles at the Olympic Games as well as the World andEuropean Championships, Michael Groß still remains Germany’s most successful swimmer. Above all, it was his three Olympic gold medals in Los Angeles (1984) and Seoul (1988) that made him a celebrated sporting idol and earned him the title of Germany’s “Sportsman of the Year” no fewer than four times.
Outside the pool, the native of Frankfurt began his career studying German philology as well as politics and media, before earning his PhD in philology in 1994. Today, Michael Groß is an independent business consultant, providing companies with support in change processes. The 51 year-old also lectures at two colleges in his home city – Johann Wolfgang Goethe University and the Frankfurt School of Finance and Management.