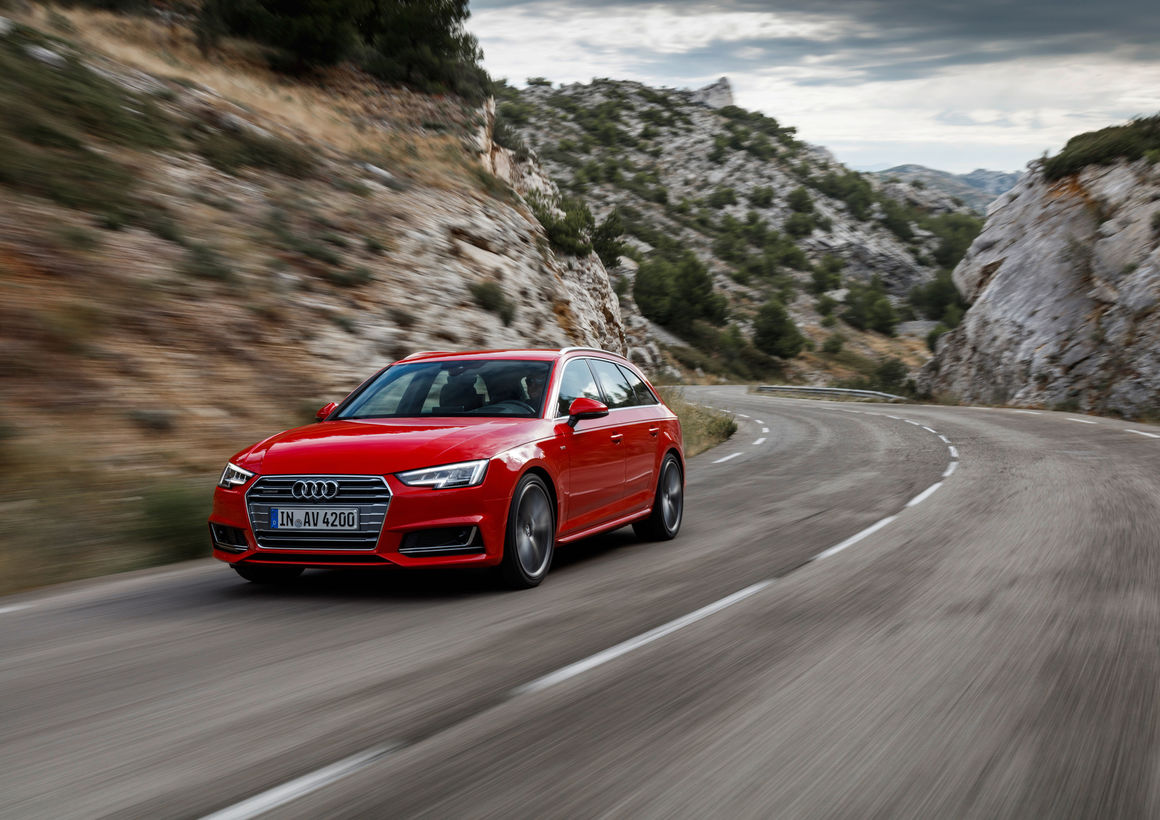 AUDI AG achieved a new sales record in 2015: Compared with 2014, worldwide deliveries increased by 3.6 percent to around 1,803,250 automobiles. In Europe and China, Audi confirmed its position as the most successful premium brand; in the United States, the brand with the four rings grew at twice the rate of the market. In December, around 158,450 customers worldwide chose an Audi, an increase of 5.6 percent. This means that the company has increased its sales for the 72nd successive month.
Picture: the new Audi A4 Avant