The new Audi A8 – conditional automated at level 3 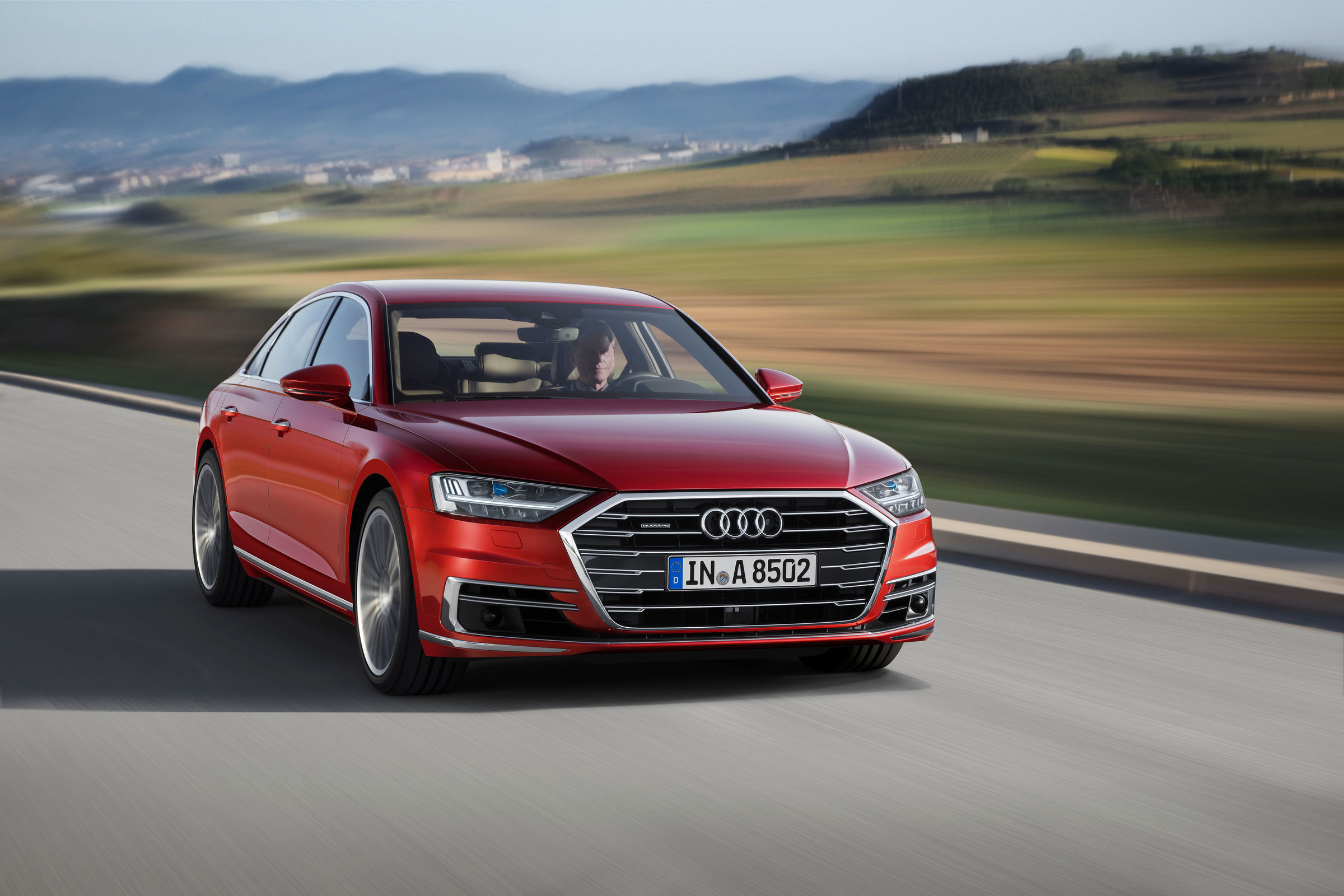 The new A8 is the world’s first production automobile to have been developed specially for conditional automated driving at level 3 according to the applicable international standards. The Audi AI traffic jam pilot takes charge of driving in slow-moving traffic at up to 60 km/h (37.3 mph) on highways and multi-lane roads with a physical barrier separating the two directions of traffic. The driver activates the system with the AI button on the center console.

The traffic jam pilot handles starting from a stop, accelerating, steering and braking in its lane. Drivers no longer have to continuously monitor the car. When certain conditions are met, they can take their hands off the steering wheel for longer periods and can focus on another activities supported by the on-board infotainment system, depending on the legal situation in the respective country. As soon as the system reaches its limits, the car requires manual driver control again.

From a technical perspective, the traffic jam pilot is revolutionary. During piloted driving, a central driver assistance controller (zFAS) now continually computes an image of the surroundings by merging the sensor data. In addition to the radar sensors, a front camera and the ultrasonic sensors, Audi is the first car manufacturer also to use a laser scanner. Introduction of the Audi AI traffic jam pilot requires clarity regarding the legal parameters for each country as well as specific adaptation and testing of the system. The brand’s high claim to quality also applies to conditional automated driving. In addition, different approval procedures worldwide and their corresponding time limits must be kept in mind. For these reasons, Audi will initiate series production of the traffic jam pilot in the new A8 incrementally.

The Audi AI remote parking pilot and the Audi AI remote garage pilot autonomously steer the A8 into and out of a parking space or a garage, while the maneuver is monitored by the driver. The driver need not be sitting in the car. The respective system is started via smartphone using the new myAudi app. To monitor the parking maneuver, the driver holds the Audi AI button pressed and a live display from the car’s 360 degree cameras is displayed on their device. Upon completion of the parking maneuver, the system automatically sets the tiptronic to P and switches off the engine.