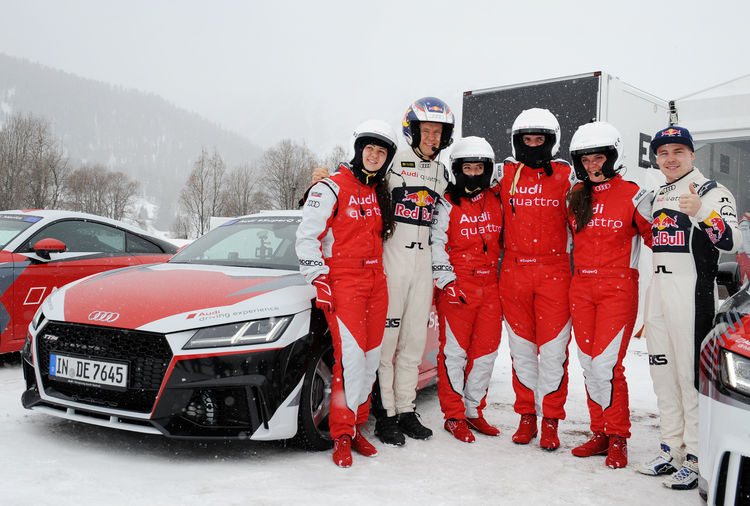 More ski stars have taken up the invitation from DTM and Rallycross champion Mattias Ekström to the Audi #SuperQ in St. Moritz. Breezy Johnson and Jacqueline Wiles for the USA and Tina Weirather (Liechtenstein) and Jan Hudec (Czech Republic) as Team Europe competed in a new alpine discipline: The elite athletes attempted to handle a course of snow and ice as skillfully as possible. They received some valuable tips from Ekström and his Rallycross teammate Toomas Heikkinen on how to handle on the icy piste. In the final in the Audi TT RS, Team Europe ultimately had their noses in front. As a reward, the winning team also got the chance to sit behind the wheel of Ekström’s 560-hp rallycross car. “Driving on the snow was awesome. It was not easy, but it was a lot of fun. I would do it again anytime,” said Weirather.

**Fuel consumption and CO₂ emission figures given in ranges depend on the tyre/wheel sets used.