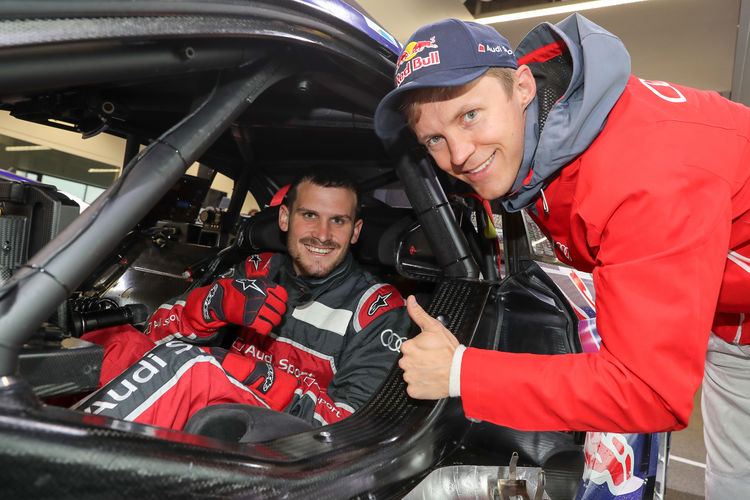 A welcome change for Pascal Groß and Mattias Ekstsröm: The FC Ingolstadt 04 midfielder swapped his jersey for some racing overalls and became part of the Audi DTM squad for one day. In Neuburg, the footballer got to know Mattias Ekström and experienced a few laps in the passenger seat of the race car. Then, he proved his finesse with an impact wrench during a pit stop. The meeting was part of a “role reversal”, where Audi, as the main sponsor, has strengthened its relationship with the Bundesliga club since 2014. In recent years, players and Audi employees have swapped roles in everything from the canteen to the on-site fire department. For Groß and Ekström it all gets serious again soon: On Saturday, the relegation-threatened FC Ingolstadt will play against Red Bull Leipzig, and one week later Ekström will start the new DTM season.