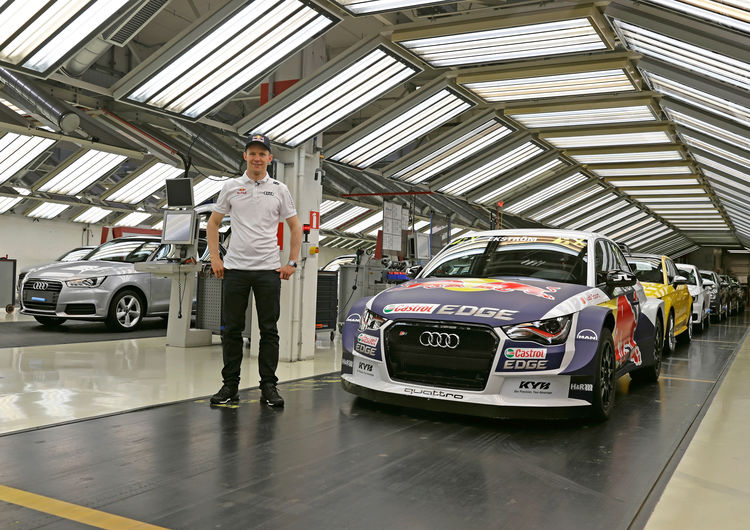 Before round four of the FIA World Rallycross Championship at Mettet Mattias Ekström took a quick side trip to the Audi plant in Brussels some 100 kilometers away from the venue. There were several reasons for the reigning rallycross world champion’s visit. One was that his Audi S1 EKS RX quattro saw the light of day in the Belgian capital and another one was that the first Audi A1 left the assembly line at this plant exactly seven years ago. As a token of its appreciation for the visit, Audi Belgium provided Ekström with an Audi S1 for the rallycross weekend at Mettet which the 38-year-old personally drove from the plant to the Circuit Jules Tacheny. However, in the battle for his fourth consecutive victory this weekend, the 560-HP rallycross version of the small sporty car will be the Audi factory driver’s preferred choice again. Video