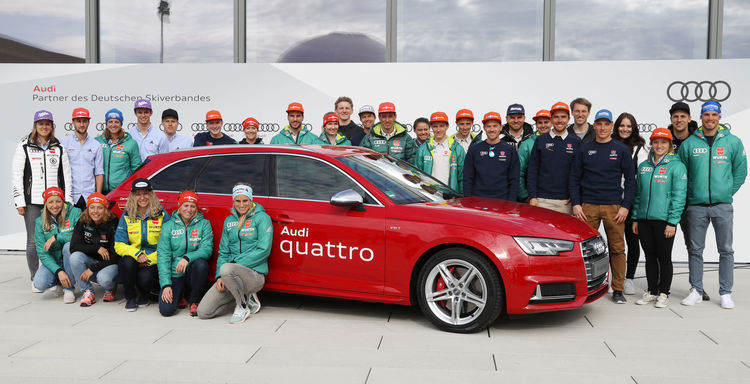 The German Ski Federation (DSV) has begun the 2017/2018 season together with Audi. After being kitted out and taking part in the press conference at Würth in Künzelsau, the team headed by biathlete Laura Dahlmeier, ski jumping champion Severin Freund and giant slalom ace Viktoria Rebensburg received their new Audi company cars. Together with the handover, the winners of the “Golden Ski” were honored at the event. Next week, the season opener will get underway at Ötztal in Tyrol, Austria, where the skiers will fight for their first World Cup points in Sölden, from October 28 to 29.