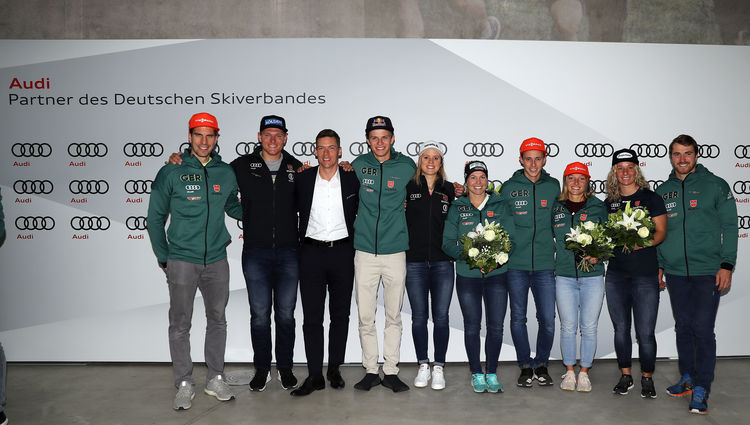 The German Ski Association (DSV) has started the new 2018/2019 ski season with its partner Audi. In Herzogenaurach, the DSV athletes dressed up for the new season. The professionals are also safe on the road again with their new Audi-cars. Olympic giant slalom champion Viktoria Rebensburg for example opted for an Audi A7 Sportback. Slalom ace Felix Neureuther will be driving an Audi Q7 in the future. During the event, an extension of the partnership, which has existed since 1984, was also announced. The new contract period will be extended by 4 years until the 2021/2022 season. Next week the Audi FIS Ski World Cup will start in Sölden, Austria, where ski racers will compete for the first World Cup points from 27 to 28 October.