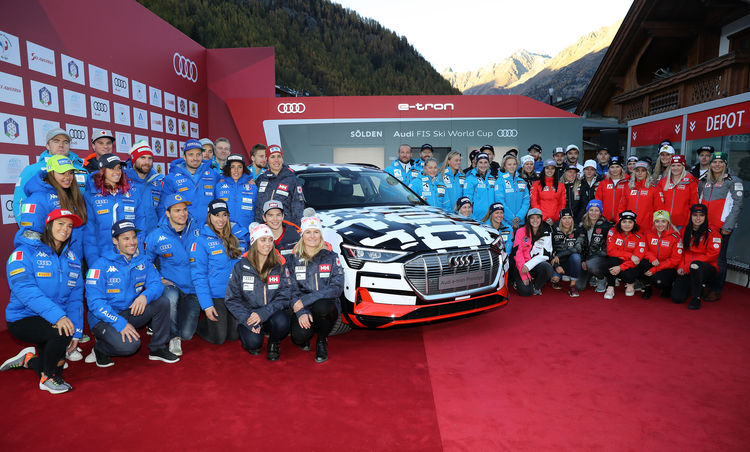 Group picture with all athletes

On the weekend of October 27/28, the 2018/2019 Audi FIS Ski World Cup season will open with giant slalom events in Sölden (Austria). Two days before the first races are held on the Rettenbach glacier, athletes, coaches and international media representatives once again gathered in the valley for the traditional Audi Media Talk. One of the main topics of conversation at the event that unofficially kicks off the World Cup was the new sponsoring display of the brand with the four rings in winter sports.Starting this season, the new Audi e-tron will be visually in focus at the events supported by Audi. The opener in Sölden marks the beginning of a tour that will take the alpine ski teams to 34 venues in Europe and North America. In addition to the World Ski Championships starting in Åre (Sweden) on February 5, the legendary Hahnenkamm weekend in Kitzbühel (Austria) will be a highlight. The Audi e-tron will be present on both occasions. In Åre, the all-electric SUV will additionally serve as a shuttle car and provide driving impressions as part of the Audi driving experience.