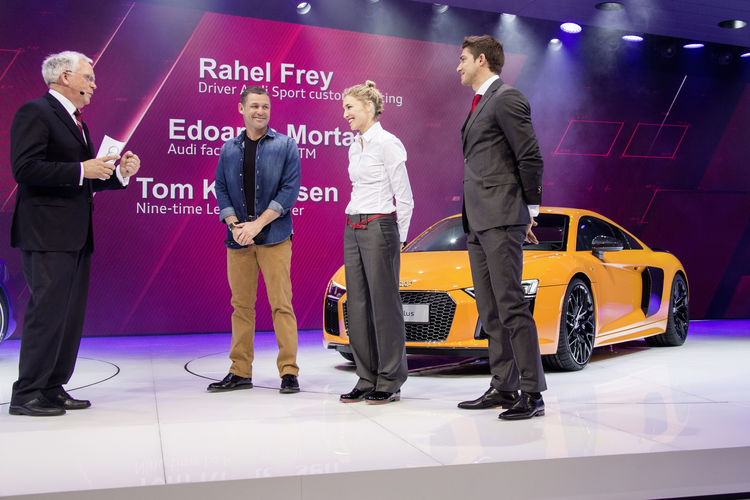 Prominent appearance at the Geneva Motor Show: Together with Prof. Dr. Ulrich Hackenberg, Member of the Board of Management for Technical Development of AUDI AG, Rahel Frey, Edoardo Mortara and Tom Kristensen presented among others the new Audi R8 LMS. The nine-time Le Mans winner, who has just recently ended his career, was previously featured in an emotional film with a selection of the trophies he won and thus put the visitors in the mood for the next generation of the R8. On the same day, the production car was unveiled not only in Geneva but also at the Audi Cities in Berlin and in London. Kristensen’s former team-mates Frank Biela and Emanuele Pirro attended these events as guests.