Remediation of the former refinery site 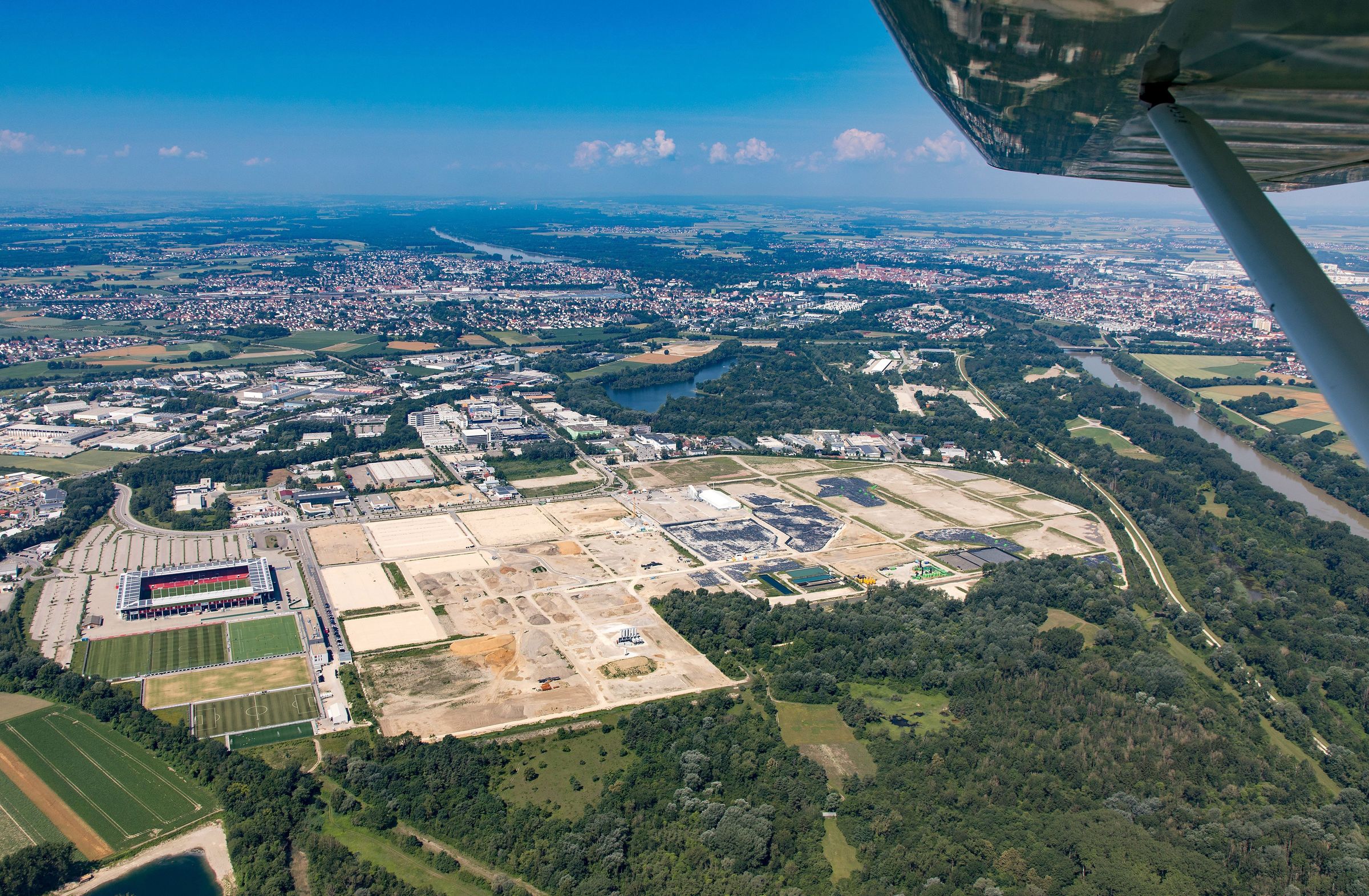 IN-Campus is being built on a former refinery site, which was in operation for 43 years. Various petroleum products were made here from 1965 to 2008. When operation stopped here, the systems were dismantled by 2013. In fall 2015, IN-Campus GmbH, a joint venture of AUDI AG and the city of Ingolstadt, acquired the site and signed a public-law remediation contract a few months later.

The 1,200 or so exploratory drilling operations and 50,000 laboratory analyses conducted over a number of years had revealed that 22 hectares were polluted and in need of remediation. The soil contained 900 metric tons of fuel oil, 200 metric tons of light gasoline and 100 kilograms (220.5 lb) of perfluorinated and polyfluorinated chemicals (PFCs). The necessary remediation of the ground and groundwater started in fall 2016 – carried out by ARGE IN-Campus GbR, a working group made up of three specialist companies that uses ultra-modern methods. Most of the remediation work is set to have been completed by late 2022. Groundwater remediation is likely to continue until 2028.

Groundwater treatment involves ten wells at the edge of the site that are equipped with electric pumps to draw polluted groundwater out of the soil. A treatment system removes up to over 99.9% of pollutants.

The air sparging method is designed to combat volatile hydrocarbons, which are components of gasoline fuels. Air is blown into the ground through hundreds of pipelines and picks up dissolved pollutants in the soil and groundwater. Just beneath the surface of the site, the air is extracted through drainage pipes and cleaned.

The polluted soil is excavated so that the PFC residue from firefighting foams and total petroleum hydrocarbons – left by the fuel oil – can be eliminated. This takes place by means of an innovative and high-precision technique in which hydraulic rams drive steel hexagons into the earth using vibration. In total, they are excavating 600,000 metric tons of material from the soil, mostly involving the sand and gravel typical of the site.

A soil washing facility uses water to clean pollutants from the soil grains. The water circulates via a treatment system, while another system cleans the resultant exhaust air. More than 90% of the material delivered to the facility is returned to the hexagonal “honeycomb” holes; the rest is disposed of.

The remediation of the IN-Campus site is one of the largest ongoing ground remediation projects in Germany and the first complete remediation of a refinery site ever to take place in Bavaria. A team of independent experts monitors all the processes and documents them in a geographic information system. The IN-Campus project has already aroused considerable interest among the professional public; people frequently inquire about the cleanup measures on the site.