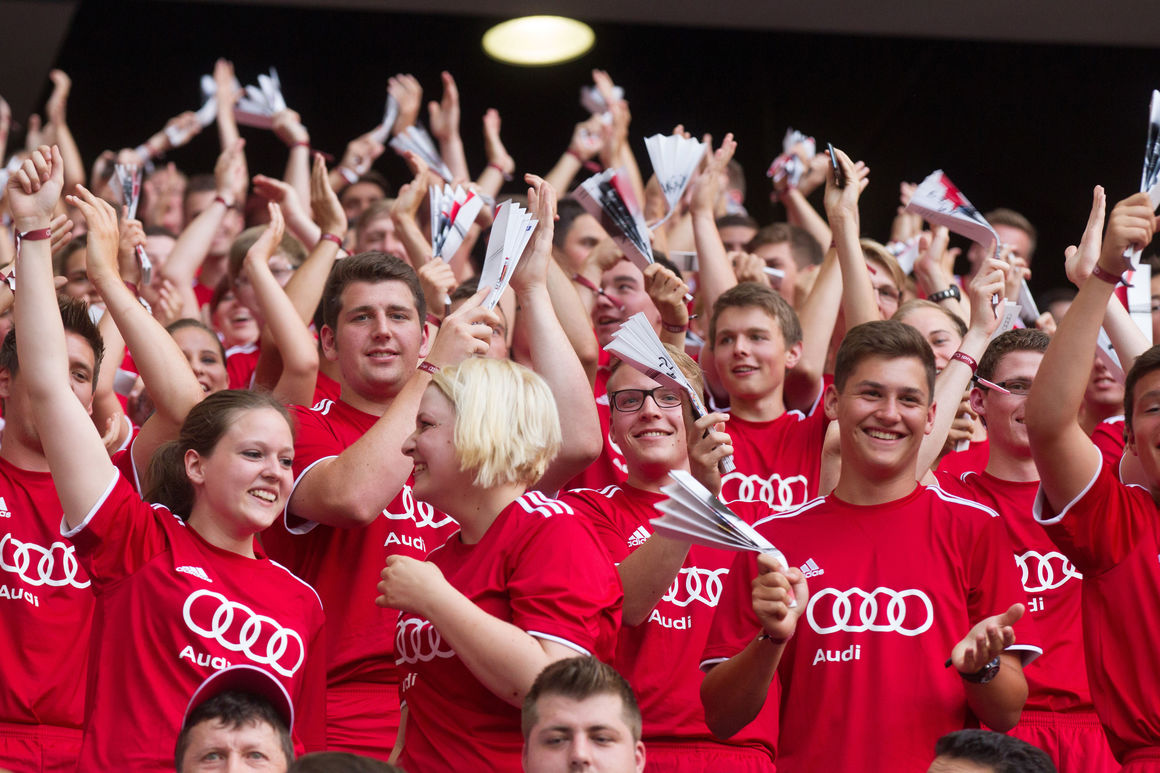 “Vorsprung durch Technik” is a daily companion of players, coaches and officials of Europe’s premier football clubs. In Germany, for example: Audi and the German record champions FC Bayern München have been “on the ball” together since 2002. The professional clubs in Ingolstadt, Mönchengladbach, Hamburg, Berlin, Nuremberg, Hoffenheim and Augsburg also belong to the group of Audi partners.

Internationally, Audi has commitments with top-caliber teams. Since 2003, the brand has been the vehicle partner of record Champions League winners Real Madrid. In return, the brand from Ingolstadt is featured at the legendary Estadio Santiago Bernabéu and enjoys advertising rights with the 33-time Spanish champion. The partnership with FC Barcelona has been in existence since 2006. All the players around super star Lionel Messi have been driving Audi models ever since. In addition, Audi supports Red Bull Salzburg and RSC Anderlecht via its importers.

With top-flight clubs from the four major European leagues, the caliber of the pitch in the 2017 Audi Cup was as high as seldom before. Hosts FC Bayern München, who had participated in each of the five events held since the Cup’s premiere in 2009, were joined by Atlético de Madrid from Spain, Liverpool FC from England and SSC Napoli from Italy, each of these clubs having debuted in the event. A further highlight of the football commitment of the four rings was the Audi Summer Tour that took Audi and FC Bayern München to China for friendly matches in summer 2017.