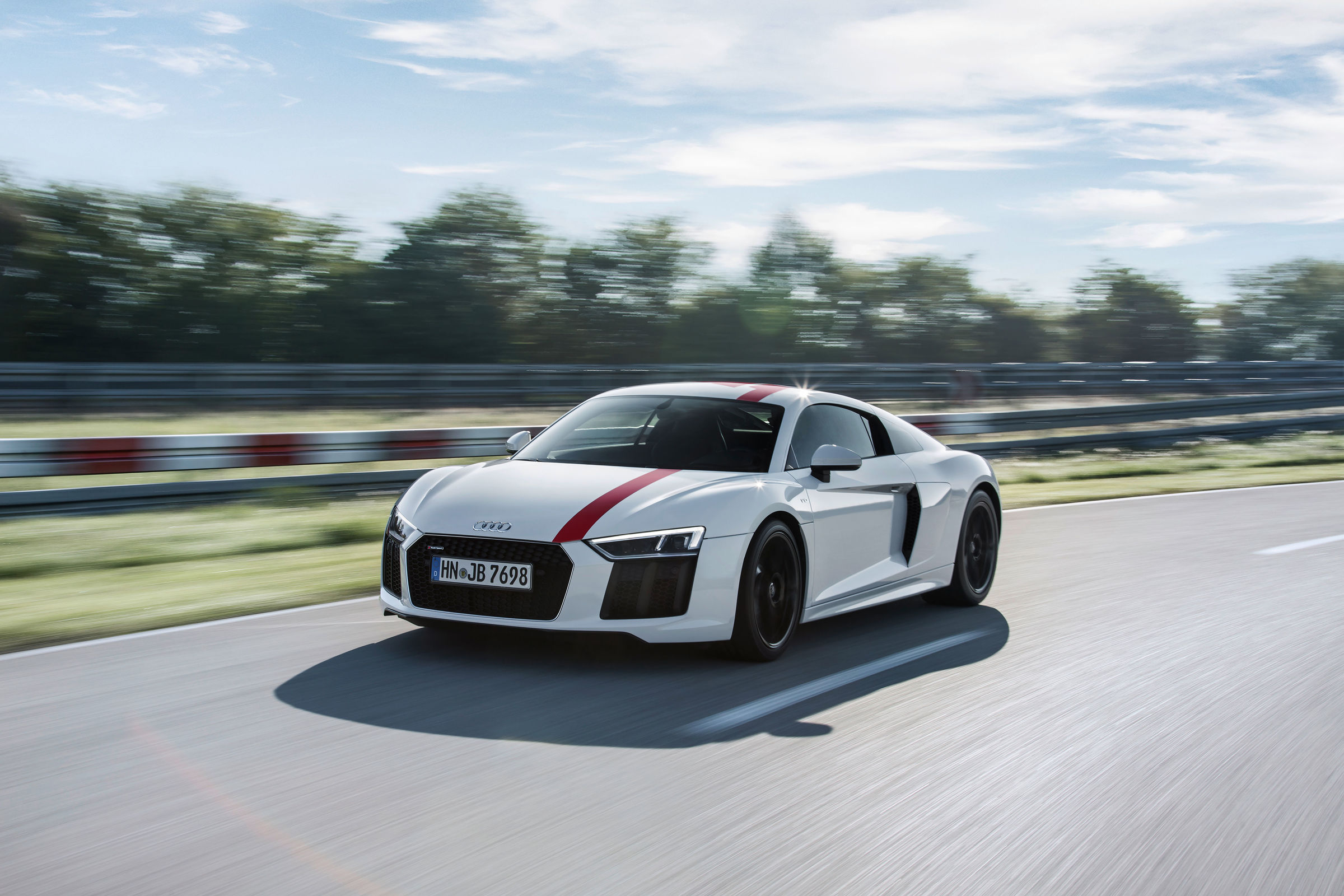 With the second R8 generation, Audi Sport proves its credentials again – the engineers developed the new Audi R8 LMS GT3 race car together with the production models. As a result, more than 50% of all parts from the R8 LMS are also found in the R8. The Audi R8 LMS GT4 has an even higher number of identical parts to the Audi R8 Coupé than the GT3 sports car, with around 60% of the same parts being used.

The close collaboration between the race engineers, motorsport professionals and developers has significantly increased the performance of the road version. Renowned awards like the “Golden Steering Wheel” and “Auto Trophy” prove the success of the Coupé.

The mid-mounted engine in the Audi R8 and R8 Spyder is a classic concept in motorsport and is part of the sporting DNA of the brand. Even the Grand Prix racing cars of the Auto Union back in the 1930s had engines above the rear axle – a revolutionary step at the time.