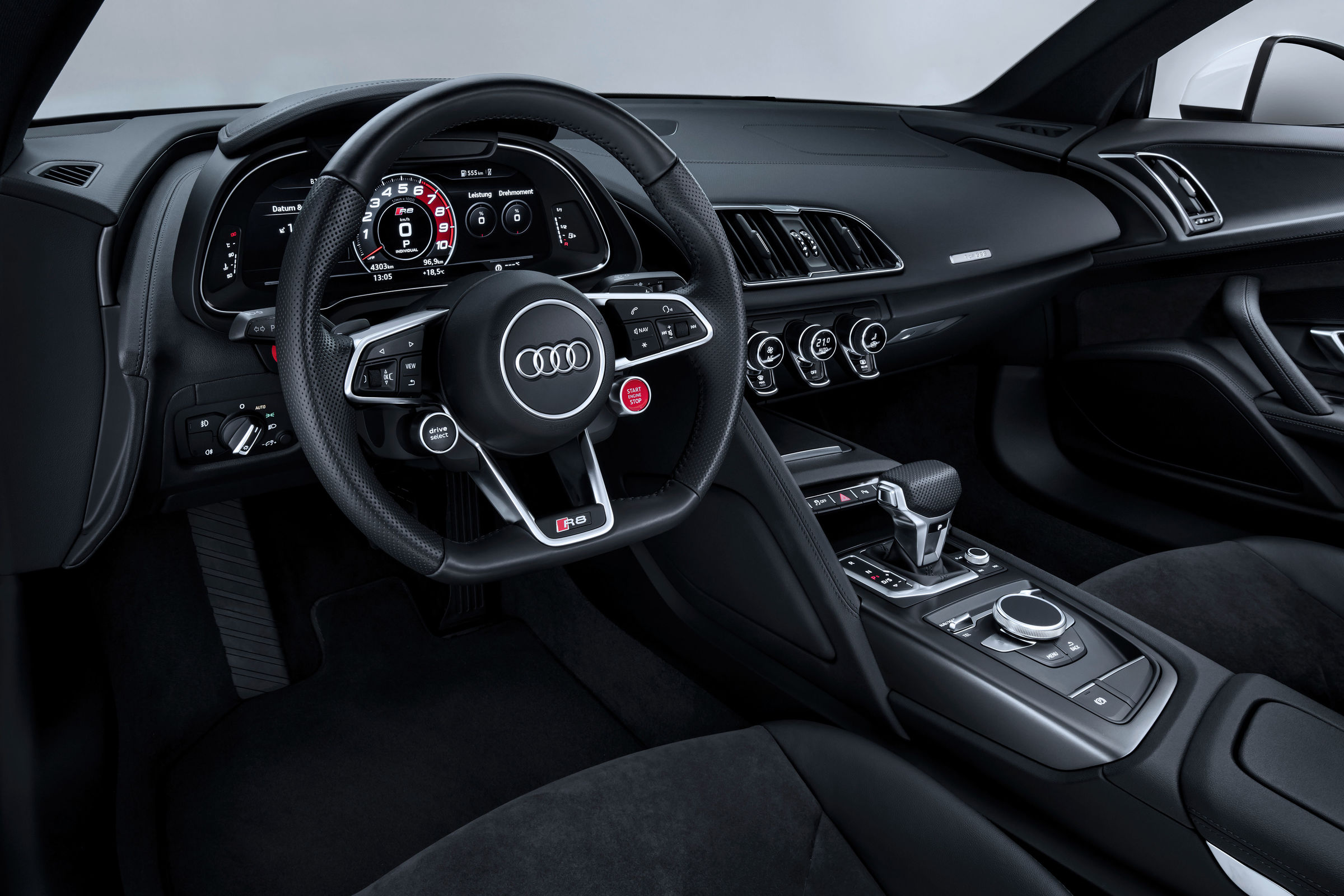 The infotainment system is operated via the round rotary push button on the center console. The optional MMI Navigation plus with MMI touch is a particular highlight of the infotainment system. This integrates a touchpad on the rotary push button, which allows the driver to write, scroll and zoom into the navigation map. As with a smartphone, the operating logic is designed as flat hierarchies, including the MMI search. This is available for all main menus, and generally offers responses after just a few letters are entered.

The system can be controlled via the steering wheel, the MMI terminal on the console of the center tunnel, or via natural voice control, which understands simple commands and queries. In the Spyder model, three small microphones integrated in the seat belts as standard make telephone calls and voice control particularly easy and ensure the highest audio quality. The infotainment system also includes a Wi-Fi hotspot.

Highly connected: Audi Connect and the myAudi app
The Audi Connect Navigation & Infotainment module is the perfect companion, bringing the Internet and numerous services to the two-seater via LTE. The portfolio ranges from navigation with Google Earth and Google Street View to travel, traffic and parking information. The driver can also access his or her Twitter account and can retrieve online news. The information is displayed in the Audi virtual cockpit, and the system is operated using the MMI system.

The same also applies to the many functions of the free myAudi app. This allows online media streaming through the Amazon Music and Napster services, as well as online radio.

The Audi smartphone interface integrates iOS and Android cell phones into a specially developed environment in MMI via Apple CarPlay and Android Auto. The Audi phone box connects the smartphone to the vehicle antenna for improved reception quality and inductively charges the smartphone via wireless charging according to the Qi‑standard.