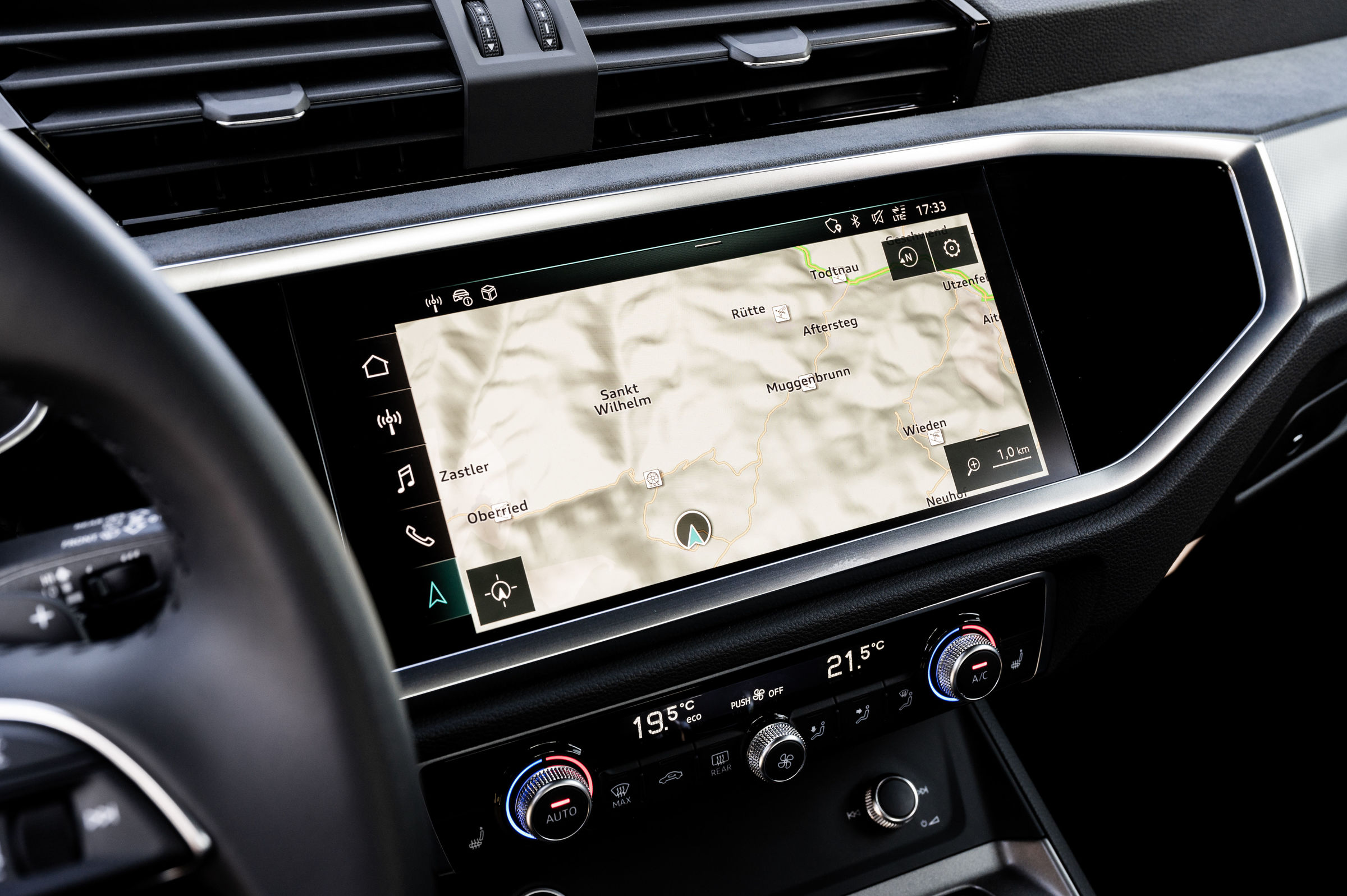 The control and display concept of the Audi Q3 Sportback is progressive, logical, and easy to understand. It also shows how Audi is pushing ahead with the digitalization of its new models: A digital instrument cluster with a 10.25-inch screen diagonal, which the driver operates via the multifunction steering wheel, comes with the MMI radio as standard even with the basic equipment.

The first option: MMI radio plus

MMI radio plus is the first configuration level. There is an MMI touch display with an 8.8-inch screen diagonal integrated in the center of the instrument panel. Customers have the option of replacing the digital instrument cluster with the Audi virtual cockpit, which allows them to switch between many information levels and multiple views. Audi offers the preparation for MMI navigation plus as a complementary module for the MMI radio plus; in this case, the MMI touch display has a 10.1-inch screen diagonal. The navigation function and the associated Audi connect services can be activated by the Audi service partner.

The highest level: MMI navigation plus

MMI navigation plus is the top-of-the-range system in the infotainment program. Here, the MMI touch display also measures 10.1 inches. In addition, the Audi virtual cockpit is available as an option in a plus version with a 12.3-inch screen diagonal. The driver can select from three different displays in the MMI, including a particularly dynamic layout with red graphics elements. The size of the circular instruments and the infotainment content can be varied by means of the View button on the multifunction steering wheel.

MMI navigation plus in the Q3 Sportback offers the same functions as in the large Audi models. For example, it recognizes the driver’s preferences based on previous journeys, allowing it to generate suitable route suggestions. It also draws on the system’s statistical empirical values of driving times and traffic loads. The route is calculated online on the servers of the map and navigation provider HERE, using real-time data for the traffic situation. If the data connection is lost, MMI navigation plus switches to the on-board routing, which runs in parallel. There are four free updates for the map every year; if desired, they can be uploaded to the car over the air.

The menu structure of MMI navigation plus is flat and easy to understand, just like on a smartphone. The entry of a navigation destination and the MMI search are based on free-form text input – either via a virtual keypad when the vehicle is stationary or via handwriting recognition. For example, if a driver is looking for a restaurant, they only need to enter a few letters and a list of hits will appear.

The control unit uses natural language voice control, which allows drivers to use free-form communication. This ensures even more convenience. It can understand a sentence like “I am hungry” and in response suggests restaurants close by. The dialog manager asks questions if necessary, allows corrections and also defers to the speaker when interrupted. The dialog goes beyond menu boundaries. For example, the user can call a contact from the telephone book and add the address as a destination.