{{ activeItem() }}
Twitter
10/21/21
Have a listen: Do you recognize this sound? Which Audi model is this? #Audi #Sound #FutureIsAnttitude https://t.co/Xy3qPnaODm
10/20/21
A new electric fleet for our partners @FCBBasketball. Players and team officials were handed the keys to their new… https://t.co/0h7PVMvvZL
10/19/21
Taking on the powertrain. With 14 Dakar Rally victories under his belt, Stéphane Peterhansel is ready for a new cha… https://t.co/ebGkCJqWT1
10/19/21
Digital sales, digital car. Together with SAIC, Audi is making waves in the digital era from purchase to the road.… https://t.co/HEPZ5OYqtK
Audi on Twitter
YouTube
10/19/21 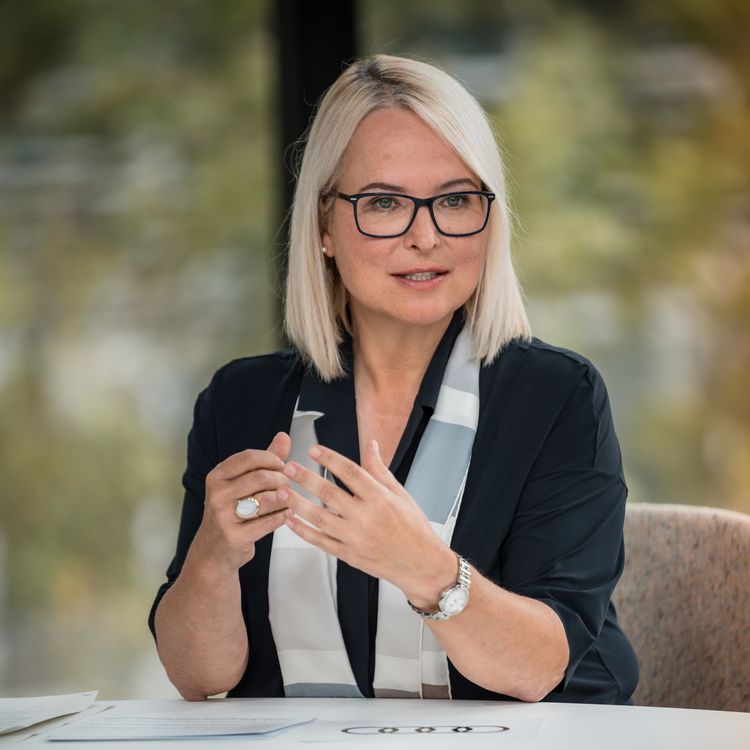 Following her studies of law at the Universities of Mainz and Dijon, she earned her doctorate in law (Dr. jur.) at Goethe University in Frankfurt am Main.

After completing her legal clerkship, Dr. Sabine Maassen first worked as a lawyer and then in the Legal Protection department of the German Federation of Trade Unions in Krefeld. She moved to the IG Metall trade union in 2002, where she first held a position in the Duisburg-Dinslaken administrative office. In 2005, she started working for the union’s Executive Board in Frankfurt am Main, where she was responsible for company constitutional law and corporate law. As of 2008, she worked in the legal department, of which she became the head in 2013.

Dr. Maassen joined thyssenkrupp in 2016 – first as Chief Human Resources Officer (CHRO) of the Marine Systems business unit in the Industrial Solutions business area. In 2018, she took over the position of Labor Relations Director in the Executive Board of thyssenkrupp Steel Europe AG and was responsible for Human Resources and Social Affairs.

Since April 1, 2020, Dr. Sabine Maassen has been Labor Relations Director and Member of the Board of Management of AUDI AG for Human Resources and Organization.