{{ activeItem() }}
Twitter
10/19/21
Taking on the powertrain. With 14 Dakar Rally victories under his belt, Stéphane Peterhansel is ready for a new cha… https://t.co/ebGkCJqWT1
10/19/21
Digital sales, digital car. Together with SAIC, Audi is making waves in the digital era from purchase to the road.… https://t.co/HEPZ5OYqtK
10/18/21
Electric kingdom: Leading by example👑⚡️ https://t.co/y0KeJQvllm
10/18/21
RT @DailyMailUK: William and Kate arrived at Earthshot Prize Awards in a fully electric Audi https://t.co/RRty1DGRdZ
Audi on Twitter
YouTube
10/19/21 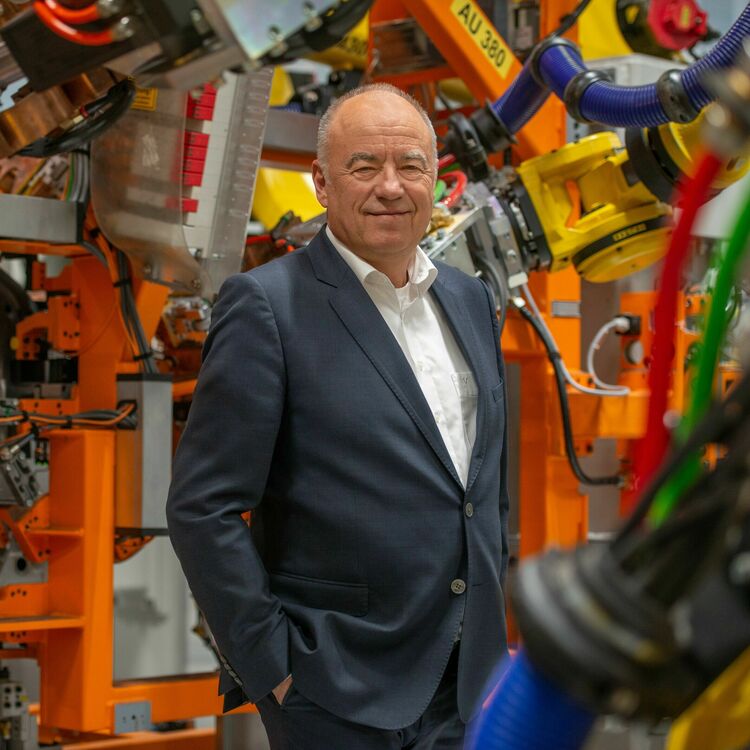 After training as an energy equipment electronics technician and studying precision engineering at Munich University of Applied Sciences, he began his career as a trainee at AUDI AG in Ingolstadt in 1986.

From 2007 to 2015, Peter Kössler was in charge of the Audi plant in Ingolstadt. In this role, he was responsible for all production-related areas and site-specific matters at the Ingolstadt site, including plant logistics, environmental protection and plant safety.

In October 2015, Peter Kössler transferred to AUDI HUNGARIA MOTOR Kft., where he was appointed Managing Director. Due to company restructuring, Audi Hungaria was renamed AUDI HUNGARIA Zrt. at the beginning of 2017, with Peter Kössler becoming Chairman of the Board of Management.

In addition, Kössler was a member of the Supervisory Board of AUDI AG from 2009 until August 2017.

Peter Kössler has been a member of the Board of Management of AUDI AG since September 1, 2017. He is responsible for Production and Logistics.