Todays episode of #WhatsupAudi is all about light. We will tell you everything you need to know about Audis signature feature and show you what is planned for the future. You can find more details here: https://www.audi-mediacenter.com/en/presskits/audi-techtalk-light-13349 --- Welcome to the Audi YouTube channel, the home of “Vorsprung”. On this channel, you’ll find first-hand information on us as a company, innovations and coverage of exciting model releases. Be prepared for fascinating formats and the reporting of important events. Subscribe for thrilling insights, diverse opinions and new perspectives on the brand with Four Rings and become a member of a worldwide community of automotive aficionados. Imprint: https://www.audi-mediacenter.com/en/imprint-3697
YouTube
{{ activeItem() }}
Facebook
01/15/21
That hybrid lifestyle. #AudiQ5 #Hybrid -------------------- Combined fuel consumption in l/100 km: 2.4 – 2.0; Combined electric power consumption in kWh/100 km: 19.1 – 17.5; Combined CO2 emissions in g/km: 54 – 46 // Further information: www.audi.com/dat
01/12/21
Attitude and the city. #AudiQ2
01/10/21
Transformation starts today. Together with Audi brand ambassador, Lucas Di Grassi, we believe in a tomorrow fueled by innovative technology. #Audi #etronGT #concept #FutureIsAnAttitude Discover what is coming up. http://di-ri.co/UpyBW
01/07/21
Come rain or shine. #AudiRSQ8 #FutureIsAnAttitude -------------------- Fuel consumption combined: 12.1 l/100 km; CO2-emissions combined: 277 - 276 g/km // Further information: www.audi.com/dat
Audi on Facebook 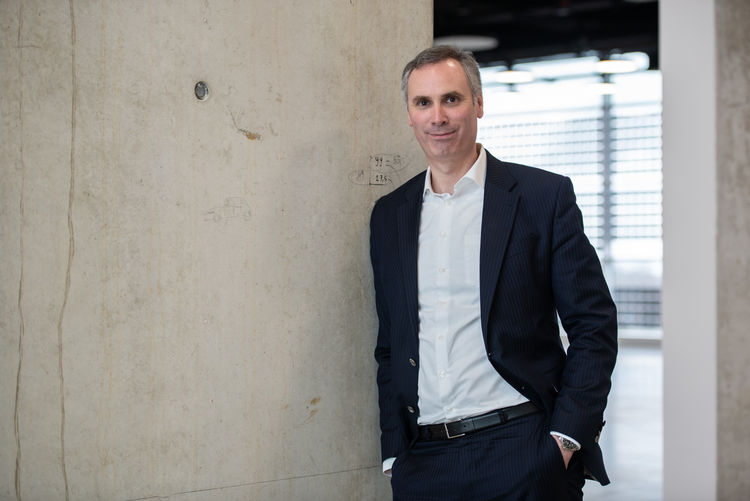 Jan Michel was born in 1974 and studied physics at RWTH Aachen University, earning his doctorate at the Fraunhofer Institute for Laser Technology. He received his doctorate in physics with multiple honors in 2003.

At the age of 14 in 1988, Michel started his first business in the software industry with a focus on tax consulting and auditing. The products were distributed by Stuttgart-based TAYLORIX AG, whose management he advised for many years. From 1996 to 2004, Michel supported law firms and auditing companies with IT projects on a freelance basis.

Michel was a strategy and management consultant at McKinsey & Company Inc. from 2004 until the end of 2011. As associate principal, he had two main areas of focus: large transformation programs (cross-industry) and cross-functional projects within the automotive industry.

During a sabbatical from 2011 to 2012, he worked as an interim manager and continued expansion of a technology company specializing in LED-based general lighting combined with innovative wireless technology.

Jan Michel moved to Volkswagen AG in 2012. He held the position of Executive Director Sales International for the Volkswagen Commercial Vehicles brand through 2018. In this role, he developed all markets outside Europe, including China, Brazil, South Africa, Australia and Turkey.

He joined AUDI AG in 2018. He first headed the “Marketing & Sales” module within the Audi Transformation Plan. Michel next assumed responsibility for corporate strategy as Chief Strategy Officer.

Jan Michel has held the position of Chief Transition Architect (CTA) for Technical Development at AUDI AG since June 2020.