Audi Sport, ABT, Schaeffler – the name of the German team says it all: ever since they entered Formula E in 2014 these three brands have formed a strong trio in diverse constellations, and after five seasons are the most successful team in the high-caliber international field of the series.

For nearly 40 years, Audi Sport has stood for AUDI AG’s successful motorsport activities. Even in the early days, factory-backed motorsport was part of Technical Development (TE) at Audi. This close connection guarantees the technology transfer between motorsport and production, which has traditionally been a decisive reason for Audi to be active in motorsport at the highest level. In Formula E, the team around Head of Audi Motorsport Dieter Gass closely cooperates with its colleagues from production development and other TE functions.

Audi’s motorsport department has been based at the Competence Center Motorsport in Neuburg an der Donau since August 2014. In the modern complex of buildings, Audi engineers also develop the Formula E race cars. In addition to test benches and a race track simulator, the Audi Sport ABT Schaeffler team uses the track in Neuburg for rollouts, functional checks and test driving. The two Audi e-tron FE06 did their first laps in Neuburg as well.

Allan McNish is the Team Principal. The Scotsman was active as a race driver for a total of 32 years and celebrated his greatest successes in sports prototypes of the Audi brand, including two of his three victories in the famous 24 Hours of Le Mans and the FIA World Endurance Championship (WEC) win. In 2015, McNish became coordinator of all motorsport activities of the Audi Group. In this role, he was instrumental in preparing Audi’s factory-backed commitment in Formula E before being appointed as Team Principal of the Audi Sport ABT Schaeffler Formula E team when the manufacturer officially entered the championship in 2017.

Schaeffler is a co-founder and one of the most renowned and successful players in Formula E. Ever since the development of the powertrain was released to the teams in 2015 Schaeffler has been contributing its know-how to the development of the centerpiece of Team Audi Sport ABT Schaeffler’s cars. Thus, the company demonstrates its expertise in forward-thinking technologies and presents ideas for sustainable mobility for tomorrow also in the innovative electric racing series.

Preparation and fielding of the two Audi e-tron FE06 cars are in the proven hands of ABT Sportsline. The family-owned company and the brand with the four rings have known and valued each other for many decades. With Audi’s backing as a strong partner, ABT’s maxim is to be better than the competition – both on the road and on the race track. From 2014 to 2017, ABT was active in Formula E as the privateer ABT Schaeffler Audi Sport team, celebrated the drivers’ title with Lucas di Grassi in 2017 and subsequently handed over its entry to Audi. As Director of Operations, Florian Modlinger is responsible for both the Formula E and the DTM project at ABT. 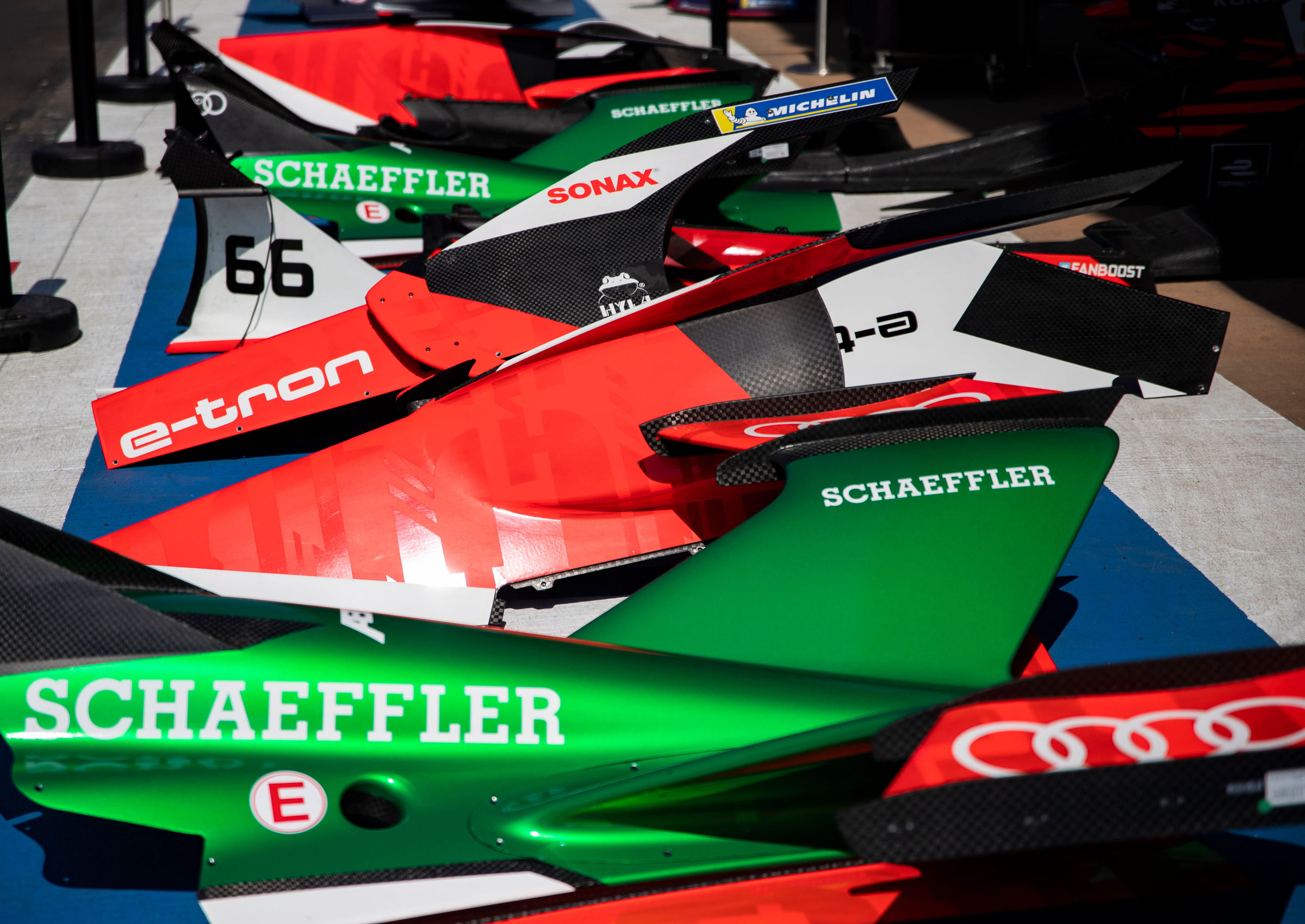