Who does what in Team Audi Sport ABT Schaeffler: A well-gelled team

Team Audi Sport ABT Schaeffler competes with a powerful lineup in Formula E. The new team principal and, as such, the face of the squad, is Allan McNish, who can rely on sterling forces.

Allan McNish already accompanied and supported the team at Formula E’s race tracks throughout the third season. Now the former Formula 1 campaigner, long-standing Audi factory driver and three-time Le Mans winner has officially assumed the role of team director. The Scot, who lives in Monaco with his wife, Kelly, and their two children, is going to lead the team and represent it to the outside world.

Hand in hand with Allan McNish, Thomas Biermaier will be responsible for the Formula E commitment. ABT Sportsline’s sporting director is responsible for the company’s entire motorsport program at the company’s Kempten headquarters including the commitments in the DTM and in GT racing. Biermaier led the Formula E team the first three years. Tristan Summerscale continues to be the project leader at Audi.

In the hustle and bustle of a race day, both drivers can again rely on some cool characters in the new season, as the teams of mechanics for Daniel Abt and Lucas di Grassi have remained exactly the same. A well-gelled team is literally worth a mint particularly at the pit stops and in the conditions which are aggravated by a tight schedule.

The two race engineers for the 2017/2018 season are new in Formula E but seasoned campaigners in motorsport: Daniel Abt works with Daniel Grunwald and Lucas di Grassi with Markus Michelberger. Both have previously worked successfully as race engineers for ABT and Audi in DTM. 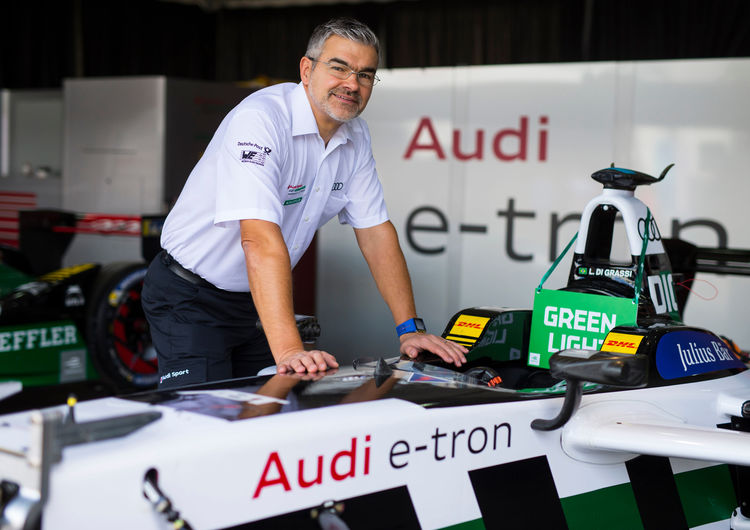