Interview with Allan McNish: “Race for the first e-tron”

The team principal of Team Audi Sport ABT Schaeffler about his tasks, the unique aspects of Formula E and the new Audi e-tron.

What tasks are you assuming as team director of Team Audi Sport ABT Schaeffler in Formula E?

I represent Audi with the FIA, the Formula E organization, the other teams and the other manufacturers, and am responsible for the commitments at the race track. But I basically have an overview of the whole program, from technical, sporting and marketing to strategy.

How often are you in Neuburg and how time-consuming is the Formula E project for you in total?

I spend a lot of time on Formula E, especially now in the buildup to a full factory program in Season 4 and the defense of the driver's title and so am very often in Neuburg at the moment.

What fascinates you about Formula E? Why does the world need electric motorsport?

As a young championship making its own way in the sport, and without tradition to fall back on, Formula E can create its own DNA of which city street races are one of the main principles, and I have had a lot of experience of these races in the USA in Sportscars and have seen it provides good racing and a great show.

What is important on a Formula E weekend?

A successful team needs to be like a good car: strong, agile and efficient. There is such limited time on track that you need to be very efficient with time use, agile to adapt to ever changing conditions and strong. Race day is so intense with only limited numbers of people allowed to work on the cars the emphasis is on strength of team work.

What skills does a Formula E driver need?

Be very precise because on a street track there is no room for error. Good wheel to wheel overtaking capability because you always will have a weekend where you have to fight back. Adaptability to ever changing car and track conditions over the race weekend, a cool head when it comes to the last race of the season, and especially, ability to make efficient use of the available energy.

How do you rate your driver duo, Daniel Abt/Lucas di Grassi?

Lucas is the old master and Daniel the young charger. Lucas has most experience of anyone in Formula E and Daniel showed his potential for the future in season 3.

Have you ever tried out the Formula E car and would you have enjoyed racing in Formula E yourself in your active career?

I drove one for five laps in Berlin in season 2. I was commentating for TV and wanted to drive the car as I had heard a lot from other drivers. It was easy to drive but hard to drive fast and on the limit and has a particular style you have to learn.

How are the three partners, Audi, ABT and Schaeffler, working together in the Formula E project? What will change now that it is a full Audi factory program?

All three have successfully been partners in various arenas for many years and the Formula E cooperation has already won a championship. Audi is now increasing its focus with its expertise and resources. Schaeffler and ABT continue to be the most important partners in the program. There is no need to overhaul a winning team. We are strengthening it for future competition.

Have you already ordered an Audi e-tron?

The Audi e-tron looks really cool and I can't wait for it to be on the road and will definitely be ordering one as soon it is available but can see an internal race to be the first person in Audi Motorsport to get the first Audi e-tron. I’m afraid that race may be won by Dieter (Gass).

What Formula E event to date have you enjoyed most?

One of the best races last season was Hong Kong for the energy of the city and backdrop, but my personal favorite was Montreal, a city I know well from Formula 1, and which embraced the race more than any other. Lucas winning the title also helped the spirits at the after party. 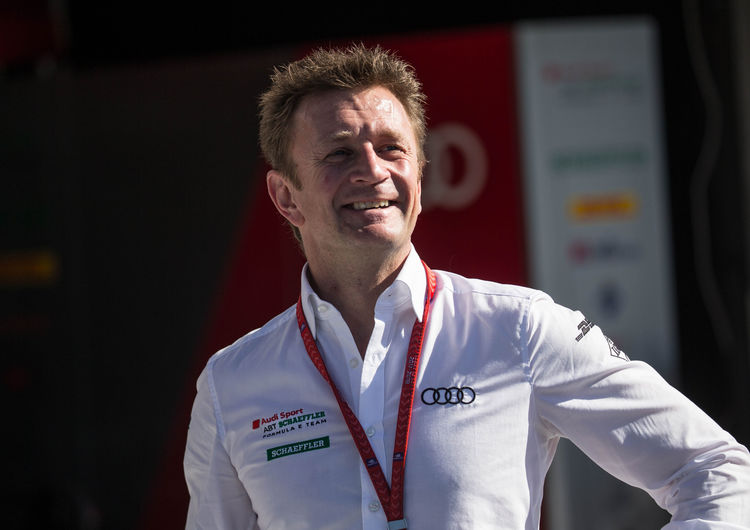