His career as a race driver began in 1981 in karting and took the Scotsman all the way to Formula One. McNish was actively racing for 32 years in total, having celebrated his major successes in sports prototypes with the Audi brand. They include two of his three victories in the famous 24 Hours of Le Mans, the FIA World Endurance Championship (WEC) title win, three titles in the American Le Mans Series (ALMS) and four victories each in the 12-hour race at Sebring and the “Petit Le Mans” endurance race at Road Atlanta. The 24-hour race at Le Mans saw McNish stand on the podium nine times in total.

In his native Scotland and in the United Kingdom, McNish was presented with numerous awards during his active career. In addition, he is the Honorary President of the Scottish Motor Racing Club (SMRC).

The Scotsman has also worked as a presenter and TV commentator for BBC, among others.After ending his active career, he became a brand ambassador of Audi and additionally hosted numerous events, press conferences and TV productions for the brand with the four rings.

In 2015, McNish became coordinator of all motorsport activities of the Audi Group. In this role, he was also in charge of preparing Audi’s factory commitment in the Formula E electric racing series before being appointed Team Principal of Audi Sport ABT Schaeffler Formula E team ahead of their official entry into the championship in 2017.

McNish lives in Monaco with his wife, Kelly, and their two children, Finlay and Charlotte. 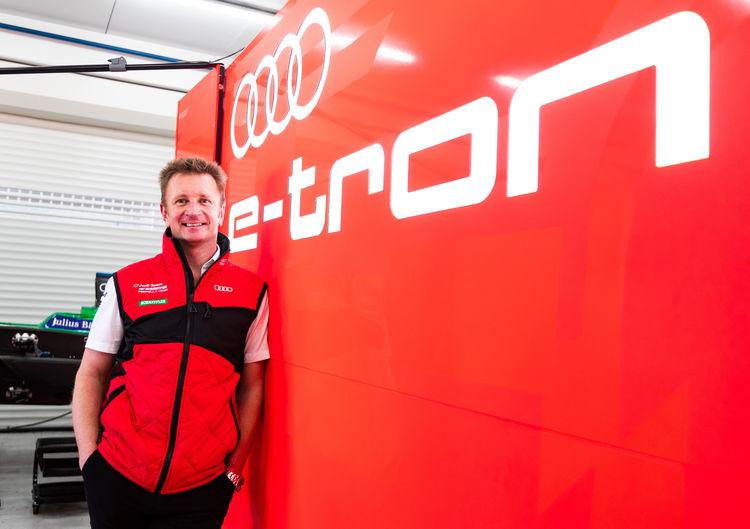