Formula E establishes a new era in motorsport: fully electric in the middle of the world’s most fascinating metropolises and with a race format that is unique in the world to date. This concept thrills manufacturers, teams, fans, media and drivers alike. The road map for the future has been created.

When Formula E presents its race car for the first time at the International Motor Show (IAA) in Frankfurt in fall of 2013 its founder, Alejando Agag, and FIA President Jean Todt are confronted with major skepticism: Can an electric racing series that holds its events in the middle of the city, pursuing completely new avenues, really work? Will there be teams, sponsors and drivers whose enthusiasm is sparked for this new type of motorsport?

Four years later, the answer is a clear yes. Within just three full seasons, Formula E has evolved into one of the absolute hot spots in the motorsport world. After Audi has joined now as the first German manufacturer to do so, BMW, Mercedes and Porsche have announced and confirmed their participation as well. Even at this point, brands such as Renault, DS, Jaguar and Mahindra are already in the field, plus startup companies from the electric mobility scene like NIO or Faraday Future.

“Obviously, this is the kind of development we were hoping to see a few years ago but, honestly speaking, did not expect so soon,” says Alejandro Agag, the founder and CEO of Formula E which is based in London. Together with Jean Todt the Spaniard managed to inspire the enthusiasm of renowned racing teams, series partners and sponsors for their idea of a new motorsport era. “We didn’t have more than a vision, a PowerPoint presentation and the backing of a strong team at the time, but very soon found a lot of support,” says Agag.

The main reason for this is that right from the outset there are many things that Formula E does which differ from traditional racing series. They include an anticyclical race calendar that starts in late fall or early winter and extends into the summer of the following year. Instead of on permanent race tracks which are typically located far away from urban centers, Formula E races near-exclusively on temporary city street circuits. The venues read like a “Who is Who” of the most fascinating metropolises: Hong Kong, Mexico City, Paris, Berlin, Rome and New York are just some of the examples of the current cities.

The spectators witness motorsport at close range in Formula E, presented in a compact, modern format. They arrive at the race track on foot, by bicycle or public transportation and within the space of a few hours experience an intensive program. Free practice, qualifying and the race are held in near-immediate succession. During the few breaks in between, the drivers go for autograph sessions or interviews to the E-Village where Formula E presents numerous attractions centered on electric mobility and future technologies to visitors as well.

Compared with other racing series such as Formula 1, Formula E is still a very young project, albeit one with a clear strategy for the future. To keep the series attractive and affordable, the promoter and the FIA have developed a binding road map that clearly defines the “guard rails” for the next few years. The objective is to ensure that even as the number of participating manufacturers increases two things will always take center stage without causing budgets to grow too much: the sport and developments that are exclusively relevant for transfer into production.

Consequently, central elements such as the chassis, battery, tires or brakes will remain specification parts for all teams and manufacturers in the next few years. Only the powertrain – consisting of the motor, transmission, parts of the suspension and the respective software – will continue to be open to proprietary developments. In addition, parameters such as the permitted power output in qualifying and the race or maximum permissible recuperation will successively increase. The road map is binding for at least the next five years, giving all the players planning certainty.

Formula E underpins its claim of being an innovative racing series with a young target group through its public relations activities as well. Together with teams and drivers, no other comparable series is equally active in various social media channels. The involvement of the fans culminates in FanBoost, a gimmick that is unique in international high-performance sports. In an online voting on the official website or Twitter, the three most popular drivers in the race receive a power boost for their overtaking maneuvers that may decide the outcome. 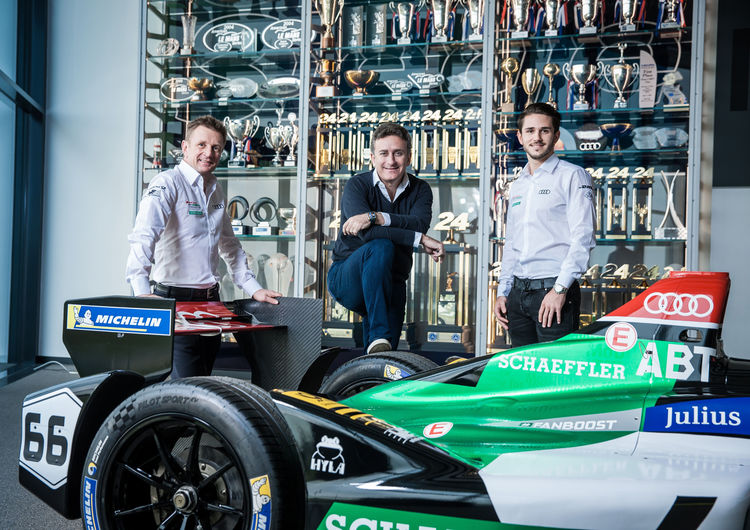