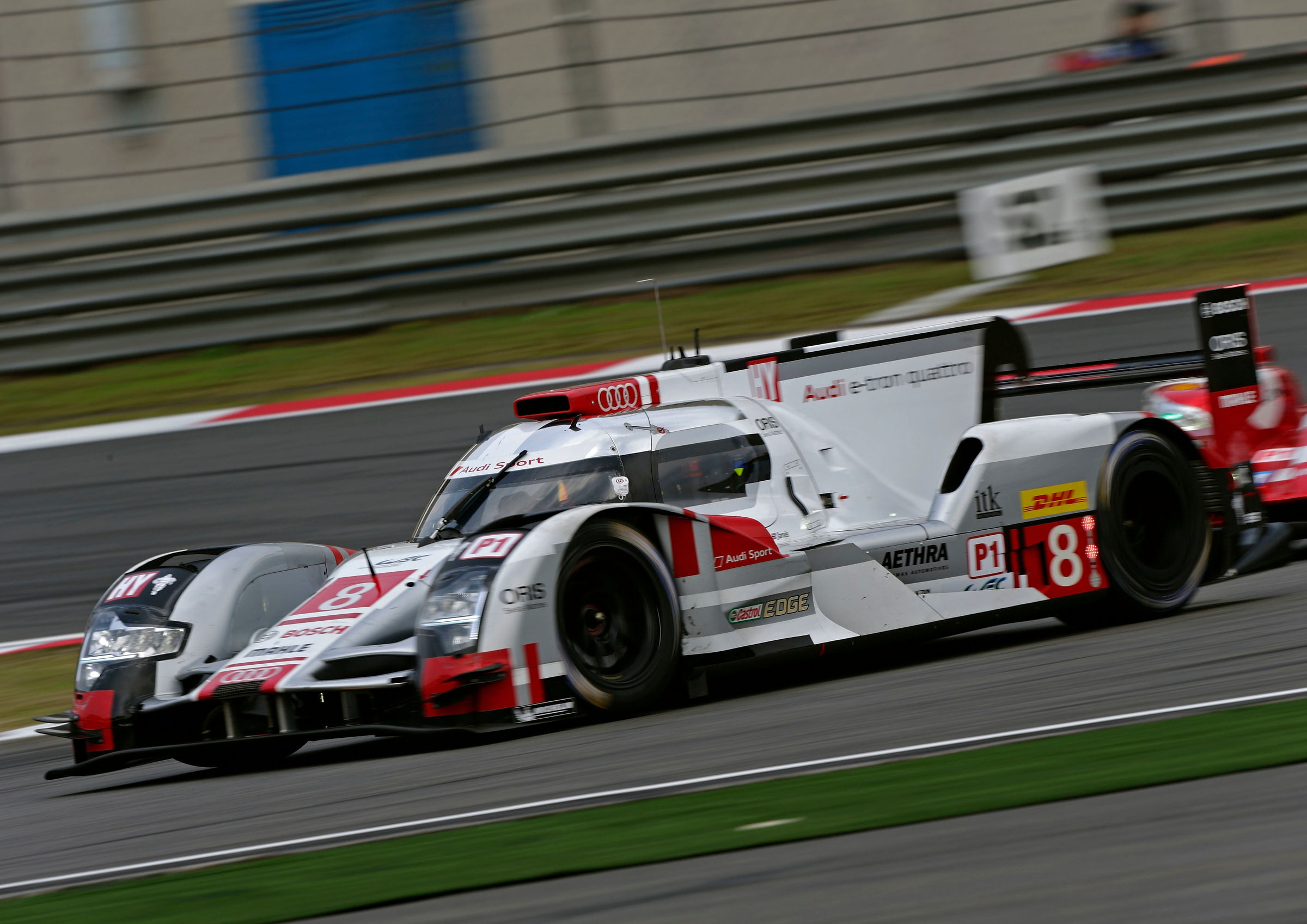 The Audi R18 e-tron quattro is testimony to just how dynamic electromobility is at Audi. The hybrid drive of the three-times 24 Hours of Le Mans winner is designed for motorsport conditions, the most grueling test environment for production development.

Motorsport is an integral part of the Audi DNA – for 35 years the brand with the four rings has been testing new technologies while competing on the track. The 24 Hours of Le Mans and the FIA World Endurance Championship WEC are decisive test environments. It is here that the sport’s regulators specifically promote technical innovations.

That also applies to the TDI engine, still the most efficient and most environmentally friendly powerplant in Audi’s view. For this reason Audi’s involvement in prototype motor racing with TDI engines stretches back to the 2006 season. The pace of volume-production development has been accelerated on the back of the insights gained on the track. The engines also fulfill the EU’s most stringent emissions requirements. With the Le Mans prototypes, Audi has managed in ten years to reduce the fuel consumption by 40 percent while maintaining similar power output figures.

The brand with the four rings is convinced of the additional potential inherent in the TDI engine. In line with this philosophy, the amount of energy available in the Audi R18 e-tron quattro will once again be reduced between 2015 and 2016. The WEC regulations have also been structured in such a way that hybrid systems play an ever-increasing role. Here too, racing helps accelerate the development of future volume-production technology.

Under these conditions, the Audi R18 e-tron quattro consistently plays to its strengths. Its concept separates the drives on each axle – the combustion engine permanently drives the rear wheels, while the electric motor temporarily powers the front wheels. The V6 TDI develops more than 410 kW (around 558 hp) from four liters of displacement, with torque of over 850 Nm (626.9 lb‑ft).

A special layout permits short gas paths: the exhaust end is in the inner V of the cylinder banks, which has a 120 degree angle to keep the center of gravity low. The large turbocharger assists the instant torque buildup with its variable geometry.

A clutch with linings made out of carbon-fiber-reinforced polymer (CFRP) forwards the power from the diesel engine to a sequential, electrically operated seven-speed transmission. Like the engine, it is designed as a self-supporting unit, with its housing made of CFRP with titanium inserts. As such, the transmission along with the aluminum crankcase of the TDI contribute to the systematic lightweight construction concept. The torque is transferred to the rear wheels via a locking differential.

Compared to its predecessor, many components of the current Audi R18 e-tron quattro have been substantially fine-tuned, including the hybrid system. At the 24 Hours of Le Mans it managed to recover four instead of two megajoules per lap, i.e. twice the amount of energy. The energy recovered during braking is fed for a short period into a flywheel accumulator, which can store up to 700 kilojoules. The accumulator, which is located on the left next to the driver in the cockpit, combines high energy density with high charging output.

When accelerating out of the bend, the energy reaches a water-cooled electric motor with integrated power electronics. It drives the front wheels with more than 200 kW (272 hp) – for a few seconds the Audi racing car is turned into the e‑quattro. The driver can adjust all the important parameters of the hybrid system via buttons on the steering wheel. A great many factors are at work here, such as the current race tactics and strategy, the condition of the brakes and tires, or the quality of road grip.

The one-piece monocoque of the sport prototype is made out of a CFRP matrix with an aluminum honeycomb core and features Cylon side panels to prevent intrusions. It fulfills all the relevant crash and safety standards and is extremely light – under the regulations, the minimum weight of the R18 e-tron quattro is just 870 kilograms (1,918.0 lb).

The aerodynamics of the 4.65‑meter-long (15.3 ft) racing car combines maximum downforce with minimal drag. The headlights combine Matrix LED technology with the laser light from Audi. The airflow through the side cases, the arrangement of the radiators and the engine cover are also designed for maximum low-loss airflow through and around the vehicle.

The Audi R18 e-tron quattro features electric power steering. A double wishbone suspension guides the rear and front wheels. At the front axle, the springs and dampers are operated via compression struts, while tension struts provide the same function on the rear axle. Monoblock alloy brake calipers work together with the CFRP brake discs; the tire format is 31/71‑18 all round.