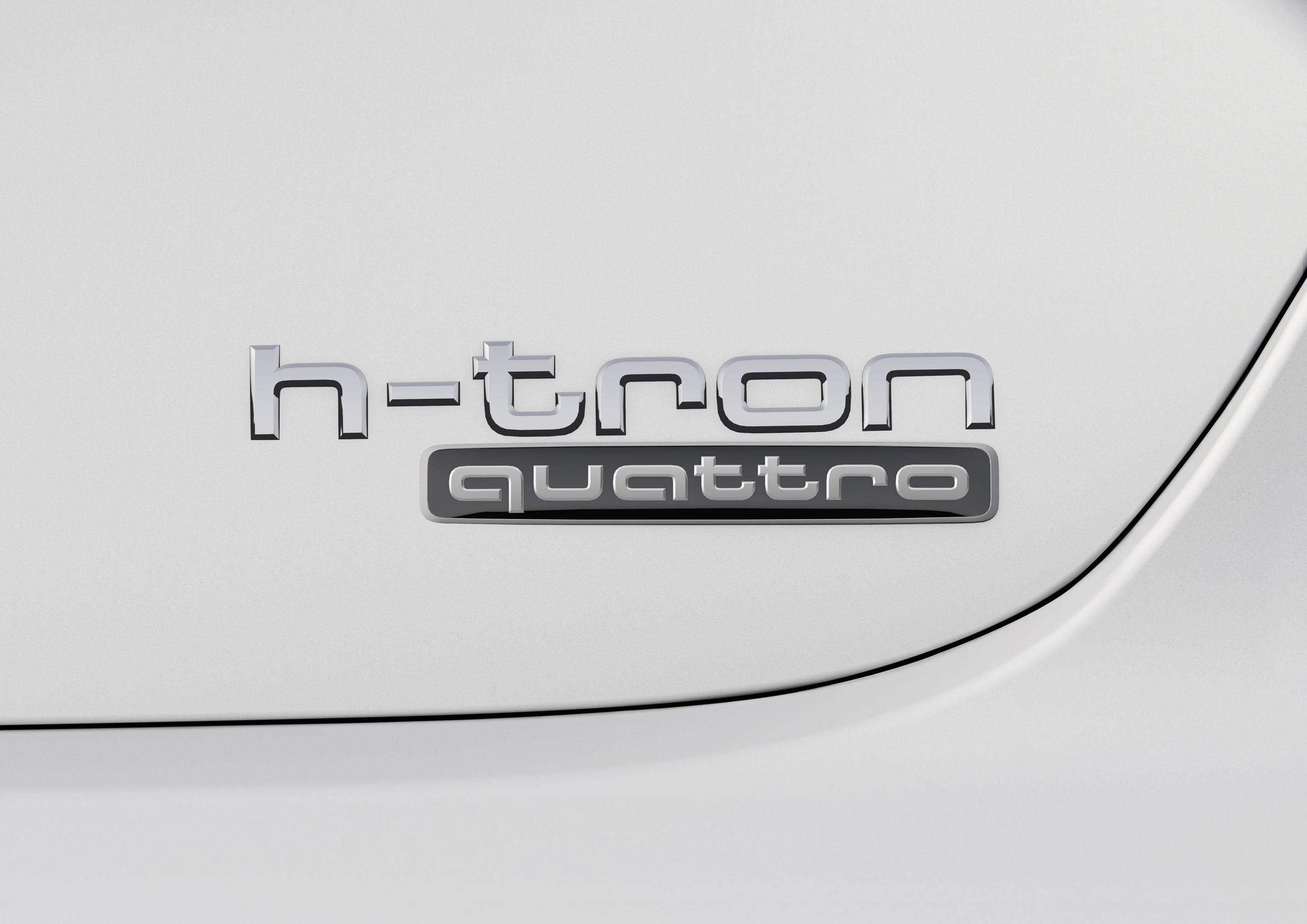 Dramatic, highly efficient and clean: Audi is taking a unique approach typical of the brand when it comes to fuel cell technology. Here again the energy chain is based on sustainably generated electricity.

At its power-to-gas plant in Werlte, Lower Saxony, Audi uses electricity generated by wind power to break water down into oxygen and hydrogen by means of electrolysis. The pure hydrogen is all it takes to power cars like the Audi A7 Sportback h-tron quattro*.

The A7 Sportback h-tron quattro technology demonstrator clearly illustrates how dramatically Audi is bringing fuel cell technology to the road. It is the first fuel cell car with quattro drive – and thus with a decisive advantage over its two-wheel-drive competitors with respect to traction, stability and handling. Separate electric motors drive the front and rear axles, respectively. With a peak output of 170 kW and maximum torque of 540 Nm (398.3 lb‑ft) of torque, the e-quattro drive provides for sporty performance with a top speed of 200 km/h (124.3 mph).

The lithium-ion battery of the Audi A7 Sportback h-tron quattro also uses the energy recovered and stored during braking to provide extra boost when the driver firmly presses the pedal on the right. The battery has a capacity of 8.8 kWh and can be charged at a power outlet. The recirculation fan in the fuel cell also enhances the efficiency of the technology demonstrator by returning unconsumed hydrogen to the anode.

As part of its efforts to further develop fuel cell technology, Audi acquired a package of important patents from the Canadian company Ballard Power Systems Inc. in early 2015 that will form the basis for the development of the next generation of fuel cells. All brands in the Volkswagen Group will benefit from this know-how, and the Group will continue to collaborate with Ballard.

Audi is also working with Volkswagen and other partners on the future of the fuel cell as part of the HyMotion 5 project. The focus here is on new materials for the bipolar plates separating the individual cells in the stack. These will make the fuel cell significantly lighter, smaller, more robust and more powerful. Additional strengths are easy cold starting, long service life, spontaneous response and low hydrogen consumption. The price should also drop because the proportion of costly components such as platinum in the fuel cell will decrease.

Audi has been working on fuel cell concepts for more than ten years now. The first technology demonstrator was the compact A2H2 in 2004, which was already equipped with a polymer electrolyte membrane fuel cell (PEM) – the ideal in this technology. It had a 110 kW electric motor, and a nickel-metal hydride battery served as a buffer. The Audi Q5 HFC (Hybrid Fuel Cell) followed in 2009. Its PEM fuel cell had an output of 90 kW and was supported by a compact lithium-ion battery.