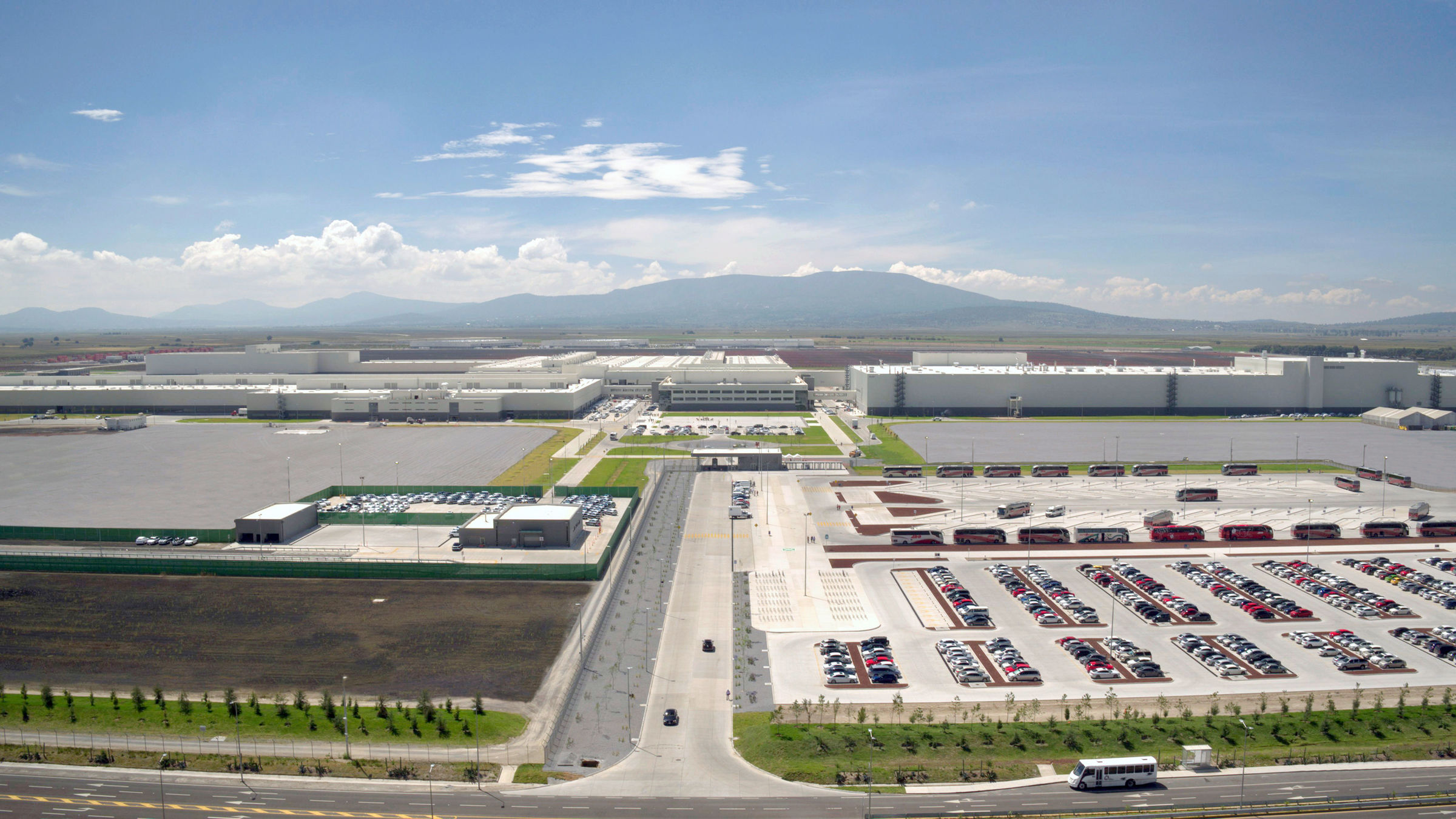 Only one year after its opening, the young Mexican Audi plant was among the most attractive employers in the country. More than 5,200 people work together on the San José Chiapa site, which measures 460 hectares (988.4 acres). 156,650 Audi Q5 were locally manufactured here in 2019.

The ramp-up of the Audi México plant is complete. 156,995 locally produced Audi Q5* units came off the production line at the San José Chiapa site in 2019. The premium SUV has received numerous awards, including the Golden Steering Wheel (“Das Goldene Lenkrad” – one of Germany's best known awards for new models) in the large SUV category.

After just one year, the fledgling Audi plant is already one of the country’s most attractive employers – the latest ranking by Universum Global puts Audi México in fourth place, for example. The site shows its commitment to the region by being involved in numerous local projects. The economy of the entire region benefits from this development.

Audi México employs over 5,200 people. In August 2019, the second class of 77 apprentices completed their apprenticeship (2016-2019). Each apprentice was offered a permanent employment contract. In 2019, 66 young people started their apprenticeships at Audi México. At present there are three classes of apprentices, with a total of 210 apprentices under contract at the Mexico site. The dual training system is based on the German model and combines theory with practice – making Audi a pioneer in Mexico. Universidad Tecnológica de Puebla (UTP) is the cooperative education partner. The training center has provided optimal conditions for outstanding employee training since its opening in October 2014.

Mexican engineering students can apply for an EMA (Estudiantes Mexicanos en Alemania – Mexican students in Germany) grant in partnership with the Deutscher Akademischer Austauschdienst (DAAD – German Academic Exchange Service). The participants from the first four classes have already completed the program and started working at Audi México. The sixth class with seven participants is currently on assignment in Germany (semester abroad with subsequent internship at Audi). The seventh class kicked off in January 2020 with four participants.

The new Audi plant has an annual production capacity of 150,000 Audi Q5 models. Audi selected some 180 suppliers for the Audi Q5. In 2019, Audi started production of the first premium plug-in hybrid SUV made in Mexico: the Audi Q5 TFSI e.

Numerous awards for the premium SUV attest to the quality of the Audi Q5. It achieved the top score of five stars in the Euro NCAP (New Car Assessment Programme) crash test, making it the benchmark in its vehicle class. The Audi Q5 took the “Best Buy Award” in the “Compact Luxury SUV” category. The winners were chosen by a panel from Kelley Blue Book, a leading market observer in the United States. The Audi Q5 won the compact SUV category in the Vehicle Dependability Study, the largest German car driver survey, run by international market research institute J.D. Power.

Audi México is focused on smart logistics. The plant is equipped with RFID (Radio Frequency Identification) antennas which enable flexible coordination of production and supply chains. Audi México is the first plant in the entire Volkswagen Group to implement this technology for the entire material and container flow. The new plant was built in accordance with applicable Audi standards, including sustainability and environmental protection aspects.

Environmental protection is important to Audi México. The plant is gradually using innovative technologies that reduce water consumption, prevent air pollution and improve recycling. In this way, Audi México became the first Audi site to commission an innovative water treatment system. This collects 100 percent of the wastewater, purifies it and feeds large volumes of clean water back into the plant’s water supply system. Audi México has already planted more than 100,000 trees on 100 hectares in the neighboring county of San José Ozumba to help replenish groundwater.

Starting in 2020, Audi México will also start to meet 100% of its power needs using energy from renewable resources, generated by a photovoltaic plant in Chihuahua, Mexico.

The Audi Orchestra was established as part of the Esperanza Azteca Initiative in November 2015. The project focuses on children and young people from the region and comprises a choir and an orchestra with a total of 270 members. With this initiative, Audi contributes to the development of children’s cognitive and manual abilities, while also promoting team spirit and developing a sense of belonging between San José Chiapa and Audi.

In collaboration with UNESCO, Audi México organized the inaugural International Forum for Dual Training and Corporate Responsibility – with the aim of promoting education and corporate responsibility. Audi México is also deeply involved in additional initiatives, including Girls Day, the “Verano Audi” summer camp, and numerous health programs in the region. The Audi Habita project aims to make children in the region aware of sustainability issues.

Corporate responsibility is a fixed component of the Audi corporate strategy. The new Audi plant in Mexico, which is the company’s most advanced plant worldwide, stands for environmental, social, and economic sustainability and is therefore actively involved in shaping the future of the region.

Consumption data for the cited models*

*Information on fuel/electric power consumption and CO2 emission figures given in ranges depend on the vehicle equipment selected and the tires/wheels installed.